An Interview with Dr. Peter Wood of the National Association of Scholars

Dr. Peter Wood, Ph.D., is a published anthropologist, frequent contributor to various journals, and has served as faculty at multiple universities in the past, but rather than falling back on his pedigree to earn an academic sinecure, he has dedicated himself to upholding and celebrating intellectual freedom on college campuses as president of the National Association of Scholars.

Campus Reform interviewed Wood recently to find out some of the background behind his decision, the goals of the NAS, and ultimately his views on the future state of academia.

Wood began with a brief overview of the history of the NAS, and the tale of how he came to be a part of it.

NAS was formed in 1987, at which point Wood was a junior member of the administration at Boston University, and though he wasn't a member at the time, he was very enthusiastic about the organization's platform, avidly reading its academic journal and often finding himself on the same speaking platform as members of the NAS.

Wood continued to read the group’s material as he served on the faculty of various universities until eventually, in 2007, while serving as provost of King's College in New York City, he received the call to join the NAS as executive director. Just two years later, in January 2009, Wood was elevated to the presidency, a position he has held ever since.

While he hadn't originally planned on joining a nonprofit think-tank, Wood told Campus Reform that the NAS was a "good platform upon which I could pursue things that mattered to me a lot."

And what matters to Wood is keeping higher education honest, which the NAS endeavors to do by "[engaging] in public discussion" on topics that wouldn't otherwise be questioned or covered at all in today's academic climate.

Elaborating on that observation, Wood remarked that liberal-leaning institutions, despite their claims to be “inclusive,” actually tend to be the least tolerant of free expression and ideas, whereas conservative and libertarian groups tend to be more supportive of free speech.

"I have noticed it. Conservatives truly believe that all views and real dialogue are welcome,” he said. “We are not promulgating some orthodoxia of our own. Good evidence and rational arguments far outweigh the importance of trying to corral people to come conformity. Any specific alignment is simply because truth exists—dissenting views are hard to protect the pathway to truly get there."

Backing up his lofty rhetoric, Wood pointed out that the NAS houses researchers and experts who disagree even amongst themselves on various issues, such as global warming, an issue that NAS scholars have tackled from both sides.

"Our position on global warming is precisely no position,” Wood explained. “That gets scoffed at, but we are not trying to settle a scientific debate by saying we know the answer—we fight to have the questions freely posited in the first place."

Asking such questions, though, especially in modern academia, is just what liberalism on college campuses seems to discourage in the name of solidarity, Wood argued, saying that "on the side of the progressive left, there is a tendency to put up a phalanx of conformity; even among those who are in no position to judge the merits of any given position are encouraged to stand shoulder-to-shoulder on conformity. I think that's unfortunate."

In practical terms, Wood explained that most American colleges today, "with few exceptions," have "become a conduit" for turning kids into automatons who share "a single view of American history and the ideal direction of their lives,” expressing further consternation at how "critical thinking" is often portrayed as being the same as holding "disdain for traditional American values."

This possibly stems from the impasse in academia over the proper balance between vocational training and philosophy, Wood surmised, noting that in recent years higher education has become increasingly stratified between vocational institutions that teach practical skills and liberal arts institutions that focus primarily on more-abstract concepts.

Wood contends that this split was done "in error," and that as a result, job preparatory schools take the fact that capitalism actually works "for granted," while the theoretical world of the liberal arts institution becomes increasingly out-of-touch with reality and breeds a distrust for the status quo—a good thing, in theory, he acknowledged, but when it lacks real world application as part of the training, only one side of the story is being told.

To Wood, the irony is glaring, because although disruption of the status quo does often lead to new breakthroughs, there is a point (already reached by many contemporary liberal arts institutions) at which one side monopolizes the intellectual conversation, turning the disruptive forces into the very status quo they sought to rebel against.

Even so, Wood believes that the left's "reliance on getting ahead of the rat race with pricey degrees married with learning to hate you own society” is ultimately unsustainable, because "there is something in human nature that rebels against living in untruth," which is precisely the condition he sees being created by the current intellectual conformity in higher education.

In the end, this means that Wood's perspective on the long-term state of higher education is "terribly optimistic,” so he continues his work with the NAS, hoping that the tides will turn back toward support for academic freedom sooner rather than later. 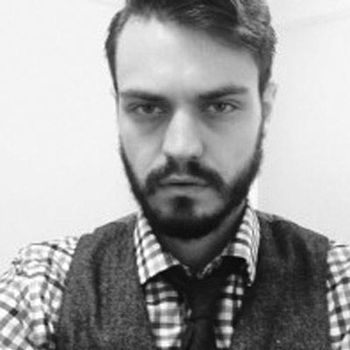