Yale University has offered to rehire a cafeteria worker who destroyed a stained glass window of slaves picking cotton in a field because "it's 2016; I shouldn't have to come to work and see things like that."

Corey Menafee resigned from Yale last month upon being arrested for criminal mischief and reckless endangerment in connection with the window-smashing incident, but the university announced in a statement Tuesday that it has agreed to allow Menafee to rescind his resignation and return to the school in a different capacity.

“Menafee, who resigned in June after he admitted intentionally breaking a stained glass window, has expressed deep remorse about his actions and informed us that he would like to rescind his resignation,” Yale said.

Menafee’s only punishment from the university, which has lobbied the State’s Attorney to drop all charges against him, is a five-week suspension that has been backdated to June 21, the day of his resignation, enabling him to resume full employment Monday.

Yale had initially announced, somewhat vaguely, that three Calhoun-related windows were to be relocated to the university’s art gallery for storage and preservation, but it was subsequently revealed by The Yale Daily News that the decision was actually motivated by the vandalism of one of the windows, along with related rallies and social media campaigns encouraging Menafee and his efforts to “smash slavery.”

When Menafee smashed the window on June 13, using a broom handle to reach the depiction, large shards of glass fell onto the street below, nearly striking a pedestrian and leading the state to charge him with reckless endangerment.

(Above: The window Menafee destroyed with a broomstick on June 13)

At this point in time, Yale no longer has control over the charges against Mr. Menafee, though it has asked the state drop charges. The next hearing on the case will take place July 26, according to The New York Daily News.

Yale indicated that it has yet to receive a response to its offer, saying, “it is now up to Mr. Menafee whether he wishes to return to Yale.” 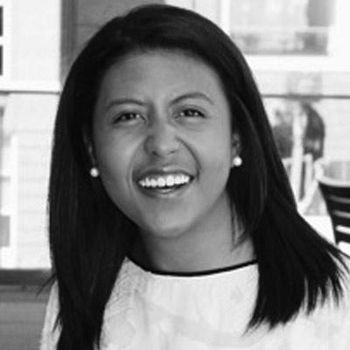