University of Kansas leftists shouted down yet another meeting for a potential Young Americans for Freedom chapter, accusing the conservative students of attacking and inciting violence with their ideology.

This comes after a video surfaced of the students disrupting a YAF meeting last week, where an estimated 25 protesters hijacked the club’s meeting. This time around, though, there were close to 100 protesters, including the same African American female student who erupted in a lecture on white privilege during last week’s meeting.

The events of the most recent meeting were captured on several Facebook live feeds.

This time, the students met as a “group of conservatives,” as opposed to a YAF chapter, as they recently lost their faculty advisor and are having a difficult time finding a new one.

In fact, Gabriel Lepinski, president of the YAF club claimed in a tweet that one potential advisor requested meeting in a basement “because they were afraid of being vocal about their conservatism.”

Conservative students at the meeting attempted to initiate a dialogue with the protesters, but the opposition soon began shouting, much like at the last meeting.

According to the protesters, the conservative students were inciting violence with their rhetoric and had directly attacked marginalized students. When Lepinski asked how his group was attacking the protesters, Trinity Carpenter, seemingly the most vocal protester, said the use of the word “illegal” was violent.

“There was a Latina student in here and you said you wanted the freedom to say ILLEGAL, which no human being should be deemed illegal,” she inelegantly stated.

Carpenter also brought up some of the attention she’s been receiving online since the original incident, attempting to blame the conservative students present at the meeting for the online trolling, which included a random Twitter user who dubbed Carpenter “nigglypuff.”

“The rhetoric that you guys are using in your meetings and in your policies—your ideology—you are condoning violence directly against people,” one student argued. “...Nigglypuff! That is literal violence!”

In order to accommodate the large number of participants at the event, the meeting was moved to a large dining area, where the conservative students led an informal question & answer session that quickly devolved into a shouting match.

Protesters repeatedly asked the group to identify an “intellectual safe space” that they would like to eliminate, with one protester claiming that the real purpose of YAF was actually to “be here and remind us that we’re all fucking hated.”

Lepinski explained to the protesters that an intellectual safe space is not a physical place like a multicultural center, but rather is a notion that individuals have the right to be protected from contradictory opinions.

“You can’t retreat from arguments that you may not necessarily be comfortable with, or that you may disagree with,” he told the assembled students.

Another conservative student provided the example of a Students for Trump group at the University of Washington that was overrun by protesters and forced to dissolve, venturing that it was very similar to what was happening at UK, where the protesters were “shouting over people.”

Carpenter yelled back in response that “I shouted when you said ‘blacks’, when you said ‘illegal’, when there should been [sic] a wall, you wanted the right to say ‘illegal,’ and you misgendered my friends over and over again! That’s when I shouted at you! And I have that humanity that I can shout when you come for me with hate speech in a room! So I need you to know that.” 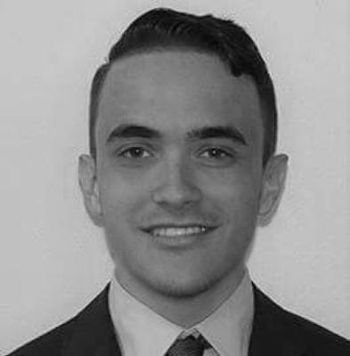