Richard Swinburne, an Orthodox Christian philosopher, recently came under fire after speaking at the Society of Christian Philosophers meeting, where he reportedly lectured on Christian ethics, including the religion’s stance on homosexuality.

While there were apparently no emotional outbursts or other indications of disagreement during Swinburne’s speech, message boards were later filled with disagreements over whether or not the speech was “promoting homophobia,” as Yale professor Jason Stanley claimed.

Stanley was referring to the conservatives who had been defending Swinburne's rhetoric. These conservatives had stated that the mission of the Society of Christian Philosophers embraces diversity, including differing opinions on homosexuality.

“I am really mortified about this. My comment ‘F*ck those assholes’, posted on a friend’s private FB page about homophobes, was *photographed*. Even *worse*, it made it into *the right-wing hateosphere*, where it is being linked and relinked. I really wish now I hadn’t said that!! I PROFOUNDLY regret not using much harsher language and saying what I really think of anyone who uses their religion to promote homophobia, you know that sickness that has led people for thousands of years to kill my fellow human beings for their sexual preferences. Like you know, pink triangles and the Holocaust. I am really, truly, embarrassed by the fact that my mild comment ‘F*ck those assholes’ is being spread. This wildly understates my actual sentiments towards homophobic religious proponents of evil like Richard Swinburne, who use their status as professional philosophers to oppress others with less power. I am SO SORRY for using such mild language. I am posting this on ‘public’ so that there will be no need for anyone to violate any religious code of ethics and take pictures of private FB pages to share my views about such matters.”

In a series of emails to Campus Reform, Stanley said his initial post was meant to support several of his friends in the comment thread, some of whom are gay.

"It was a total way of just talking to friends who were a bit frightened by the situation, and sending a message of support. It was also meant to be funny, since people were being so serious," he wrote.

Stanley also wrote that the post he has up now—which is an edited version of the above text—"expresses my view about Swinburne's argument, it's not a claim about Swinburne at all (if you look at the language, I carefully expressed it about the point and not the person).

"In the first version, which I quickly changed, I did carelessly make the point about Swinburne," he conceded, but said, "I regret that. It's because I was upset that a private FB comment of mine was taken out of context and published. So I changed it."

The professor also said references to the Holocaust were not meant to compare Swinburne to Nazis, but rather to make the argument that "we know from that history that homophobia can lead to bad consequences."

While Stanley admitted that he is "not qualified to make a judgement about whether Christianity supports Swinburne's differential reaction to two men getting married and two people getting married, one of whom can't conceive," he still criticized Swinburne on what he holds to be an "an incorrect moral view, which means he has views about morality that are wrong, i.e. he makes claims that are immoral."

Stanley wasn't the only professor to jump on the initial Facebook post; Georgetown University’s Prof. Rebecca Kukla joined in the mockery, declaring “Those douche tankards can suck my giant queer cock.”

The Georgetown Academy, a long-established conservative-leaning publication, criticized the professors for their profanity and noted that the The Hoya, Georgetown's regular paper, would be unlikely to cover the controversy "since it doesn’t promote the liberal narrative and there is no conservative to bash and trash."

"This sad affair is just another reminder that when it comes to the Oppression Olympics, you can more or less do anything, no matter how rude or inappropriate, so long as your target is someone considered more “privileged,” which is not defined as actual privilege, but simply having the wrong skin color, sex, sexual orientation, or religion, which at least in this case, means being white, male, heterosexual, and Christian," the author, simply known as Burr, wrote.

Anthony Gockowski contributed to this article. 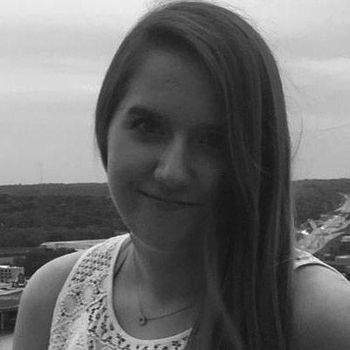