A group of left-leaning students and organizations at Clemson University are forming an “Anti-Milo Event Committee” to protest Milo Yiannopoulos’ October 18 speaking event.

The Clemson chapter of Students for a Democratic Society (SDS) is the primary instigator of the protest committee. The university’s SDS chapter is composed of a group of students and philosophy professor Todd May, who attends the club’s meetings.

Based on undercover audio of a September 29 chapter meeting, SDS is coordinating with communications professor Chenjerai Kumanyika and the leader of the university’s Black Lives Matter spin-off group, See The Stripes. Other groups that were contacted to join the protest include Clemson’s Feminist Club and the Sexuality and Gender Alliance.

“Okay, so we’re going to have, like, an event planning committee that’s just going to, like, organize around this Milo thing,” said the SDS president. “So we can work together, and try to work with [the Feminist] club, and Chenj [Chenjerai Kumanyika], and A.D. [Carson] on that.”

The SDS president also stated that Yiannopoulos sounded like “someone I want to punch in the throat,” and that she is “gonna [sic] throw paint all over” event flyers on campus promoting the event.

SDS members mocked free speech at the meeting, stating, “I know why Clemson is allowing [the Yiannopoulos event], because ‘freeze peach!’”

Earlier in September, members of the SDS chapter publicly tweeted, and then deleted, threats against Yiannopoulos.

“If somebody put a bullet in Milo’s head I would donate to that person’s bail fund,” said the tweet.

Kumanyika, the professor being recruited to assist with the protest plans, has been heavily involved in campus politics and controversies. He publicly criticized Clemson football coach Dabo Swinney in an article after the coach commented on Colin Kaepernick’s national anthem protest, and also intentionally got himself thrown out of a Donald Trump campaign rally last year at Clemson.

Campus Reform reached out to the presidents of both SDS and See The Stripes, as well as prof. Kumanyika, for comment. At press time, only SDS President Dawn Lifsey had responded, declining to comment.

This article was originally published in The Tiger Town Observer, a conservative student newspaper affiliated with the Leadership Institute's Campus Leadership Program. Its articles are republished here with permission. 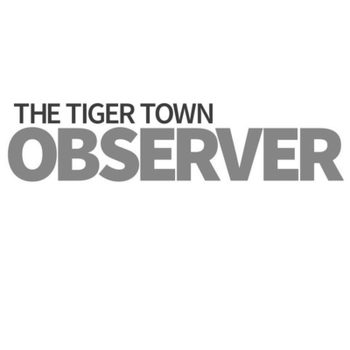