American flag desecrated with 'f*** you' to Trump

An American flag was desecrated with “f*** you” at the University of Tennessee in the early morning hours after Donald Trump had been declared the winner of the presidential election.

The flag stood outside of the Howard Baker Center for Public Policy, which is the home of the University’s Honors Department. UTK has yet to release a public statement on the incident or acknowledge the flag’s existence publicly.

Several university offices have been called to learn more about the story after the original tip was discovered via social media. The Chancellor’s Office had no statement and redirected calls to the Dean of Student Life office, which also declined to address the situation other than to direct the calls to the Office of Media Relations.

UTK’s Office of Media Relations told The Volunteer Review that the incident has been “reported to the UTPD but no formal police reports have been filed by anyone.”

Reports have, however, been filed with the university administration regarding the incident.

“The flag has been removed and disposed of properly,” said the Office of Media Relations, but declined to state specifics, adding that an official statement was unlikely to be forthcoming due to events surrounding the election and other activities taking place on campus.

The flag was replaced by university facility services, but this is not the first case of destruction of a flag on UTK’s campus.

Earlier this year, the UT Pride Center’s rainbow pride flag was vandalized, prompting a statement from the Office of the Chancellor condemning the act.

This article was originally published in The Volunteer Review, a conservative student newspaper affiliated with the Leadership Institute's Campus Leadership Program. Its articles are republished on Campus Reform with permission. 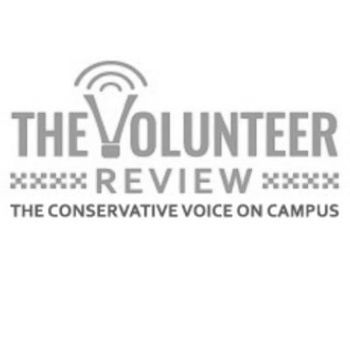