Black Lives Matter co-founder Patrisse Cullors recently delivered a lecture at the University of Iowa that quickly devolved into a callous attack on President Trump and the Republican Party.

While the discussion initially started off on-topic, it naturally took a turn for the worst when the contentious 2016 election was brought up, affording Cullors the opportunity to level insult-after-insult at the nation’s new president.

“I actually don’t know how to fight fascism,” she stated while explaining her reaction to Trump’s upset victory over Clinton. “No one’s trained me in this, and what we’ve seen over the last two weeks—how many executive orders now? Twenty, so far. Some of the most dangerous policies.”

She then listed precisely which policy positions she was concerned with, “from reinstating the Dakota Access Pipeline and the Keystone Pipeline, both pipeline fights that were won by the people, reinstating them just like that.

“To the building of a wall on the U.S. Mexico border, to creating a Muslim ban, to putting a gag order on women’s health organizations across the world so they could no longer talk about abortion as women’s rights across the world,” she continued, ominously declaring that “we are witnessing the erosion of U.S. Democracy.”

To do so, she suggested mimicking the alleged ability of Republican to ultimately come together despite disagreements, disparagingly observing that while they “might now all agree with each other,” but at the end of the day they agree with hating us, with taking away our human and civil rights one executive order at a time.”

Toward the end of her address, she expressed her concerns over Trump’s decision to place “law and order” at the top of his priority list, suggesting that “45 is building a police state.”

The sentiment was echoed by her colleague, DeRay McKesson, who recently spoke at George Washington University, where he declared that he would “not feel safe in a room of police officers,” arguing that “The police just become a proxy in the sense that for some people, people who don’t look like me, the police bring a sense of safety.”

Meanwhile, at Cullors’ lecture, one student in the audience attempted to question her on the high rates of black-on-black crime in America, especially in inner cities like Chicago, but the student was ultimately shut down by fellow audience members while Cullors refused to answer his question.

“We get this question all the time and we usually get if from white people,” she replied, as audience members booed and jeered at their peer to “just sit down.”

[RELATED: Black-on-black murder is not a thing,’ Regis presenter claims]

“What the right has done a really good job at is blaming black people for the shit we’ve gone through,” she later said in response, then calling the mere notion of the question “deeply untrue, deeply offensive, and deeply racist.” 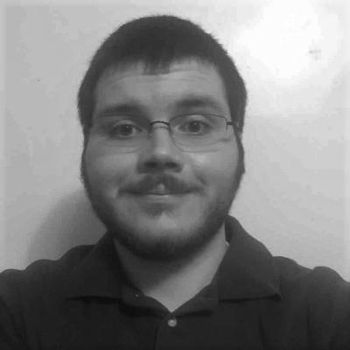