Georgetown University professor of Islamic Studies Jonathan Brown is under fire following a lecture he gave defending slavery and rape under Islamic law, arguing that slavery is not an absolute “moral evil.”

In his February 7 remarks at the International Institute of Islamic Thought entitled “Islam and the Problem of Slavery”, Brown said, “The Prophet of God had slaves…There’s no denying that. Are you more morally mature than the Prophet of God? No you’re not.”

Brown, the director of the Prince Alwaleed bin Talal Center for Muslim-Christian Understanding at Georgetown’s School of Foreign Service, attempted to distinguish slavery in the Muslim world from slavery in the United States.

“You don’t find the brutality that you see in American slavery in Muslim Empires,” he said. “Generally, it is simply not very common. Slaves in Islamic civilization were mostly investments.”

Brown also discussed the role of women who became enslaved after conquests, arguing that there is little difference between a woman “who is captured in a raid in the steppes of Central Asia brought to Istanbul’s slave market” and a woman who is “a poor baker’s daughter who gets married to some baker’s son without any choice because no one expects her to have any choice,” because both women were likely treated equally, regardless of one’s status as a slave.

“The difference between these two people is not that big,” he said. “We see it as enormous because we’re obsessed with the idea of autonomy and consent.”

Brown was also criticized for his response to a question about sexual relations with slaves, during which he asserted that consent is not legally necessary under Islamic law, suggesting that marital rape is not prohibited in Islam.

Following his controversial remarks, Brown wrote on Twitter that he condemns slavery and rape: “Islam as a faith and I as a person condemn slavery, rape and concubinage.”

Professor Brown did not respond to The Georgetown Review‘s request for comment by press time. 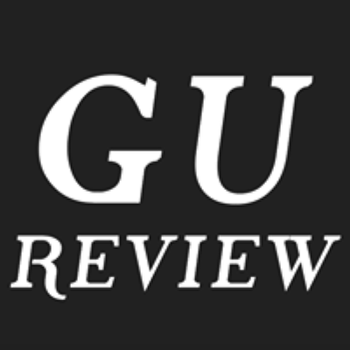