Students at Howard University have deemed their institution the “Trump plantation” because its president recently met with Secretary of Education Betsy DeVos.

In fact, according to DCist, some anonymous vandals graffitied the school’s sidewalks with “the Trump plantation” Tuesday morning, disparaging their school’s president for being friendly with the Trump administration.

“Welcome to the Trump Plantation/Overseer: Wayne A.L. Frederick,” was painted in the middle of campus, accompanied by other derogatory remarks such as “HBCU initiative? Wayne Coonin’ for Howard? NOT ON MY WATCH!”

The intense backlash comes on the heels of Frederick’s recent meeting with Secretary of Education Betsy DeVos, whom he said he was “pleased” to meet with.

“Howard University is pleased that Betsy DeVos, the new Secretary of Education, chose to visit our institution as her first official campus visit,” Frederick announced in a statement following the meeting. “We have a longstanding, successful relationship with the Department of Education, and I look forward to advancing this relationship under the Secretary’s leadership.”

As part of such a “relationship,” President Donald Trump recently hosted leaders of the nation’s Historically Black Colleges and Universities (HBCU) at the White House, where he pledged to make them an “absolute priority.”

“With this executive order, we will make HBCUs a priority in the White House—an absolute priority,” Trump stated after signing an executive order that could potentially increase federal funding for the HBCU. “HBCUs have been really pillars of the African-American community for more than 150 years…and a grand and enduring symbol of America at its absolute best.”

Howard students, though, want none of it, recently demanding that Trump be banned from campus and that all ties with his administration be cut immediately, even requesting a “24 hour notice” of “any interaction” with Trump’s team.

“To allow Donald Trump onto our campus is a direct threat to the sanctity of our safe space, therefore, he should not, at any point, be allowed on this campus,” declares the ultimatum, a copy of which was obtained Campus Reform, before demanding that “the university provide a 24-hours’ notice and full disclosure on any interaction with the Trump administration.”

Such is their loathing of Trump, in fact, that the petitioners even call on administrators to refuse any additional funding proffered by the Trump administration, which they claim “inherently hinders the pursuit of Black liberation.”

The group behind the ultimatum, Concerned Students HU, denies any role in the recent graffiti messages, declaring on its Twitter account that the messages “were not an official action by HUResist,” and adding that “any future destruction of property in any form should not be attributed to HUResist.” 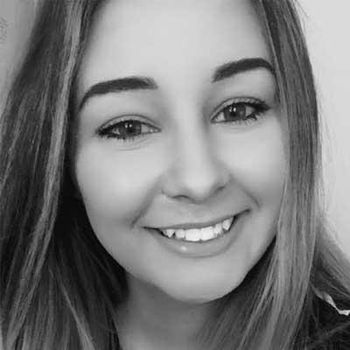