Gettysburg College students were recently encouraged to forgo their regular class schedules to attend a “student solidarity rally” where they would “critically reflect on the new administration.”

According to a Facebook page for the event, students who wished to attend were advised to use one of their “afforded absences” if they wished to entirely forgo an “extenuating circumstance,” though attendees were cautioned not to “fail [their] life.”

The school’s president, Janet Riggs, even encouraged students to attend in a campus-wide email, insisting on the describing the rally as “nonpartisan” despite its clear reactionary nature.

“I encourage members of our community to participate in this event as their schedules allow and to take advantage of the opportunity for civil debate and dialogue,” Riggs wrote in her email, inviting students to “come to listen, learn, and share [their] perspective.”

The formal mission statement for the “Student Solidarity Rally,” however, explicitly cites Donald Trump’s election to the presidency as a motivational factor, beginning its statement by declaring that “Donald Trump was sworn in as the 45th president of the United States on January 20th, 2017,” and that this has resulted in “political upheavals in Washington, deportations in underprivileged communities, night raids in war-torn countries, and...families being forcibly separated at airports.”

Worried that students are too preoccupied with their studies to keep track of such developments, or that they “may even trick [themselves] into believing they do not exist,” the statement encourages students to “forgo their normal classes” in order to attend the event, and even asks professors to “bring their students with them” in lieu of regular classes.

Some professors acted on the advice by requiring students to attend the rally as part of their coursework, though student Dan Cresci noted that the event was completely irrelevant to his studies.

“It [didn’t] even apply to the class and what we’re learning, so I don’t know how this will benefit us,” he told Campus Reform, noting that he was required to write a reflection on the rally. “It contributed nothing to my class experience.”

Among the “nonpartisan” events scheduled for the rally were a discussion on the “changes in DACA [Deferred Action for Childhood Arrivals],” a lecture on “law and order administration and the movement for black lives,” and an event titled “Standing Rock is Still Happening.”

Notably, one of the main organizations behind the rally was a group known as the “Gettysburg Anti-Capitalist Collective,” whose president was adamant about characterizing the event as non-partisan, even suggesting that it would have taken place in substantially the same manner had Hillary Clinton been elected.

“It’s going to be political, but not partisan,” Jerome Clarke told The Gettysburgian. “It’s critical. This is our government, and we are citizens, and we should have an understanding of what our government is and how it might affect us. We should critique our government. That’s the premise of politics. That’s what this is about. That is what it is.”

After the rally, students who were unable to attend were invited to read a list of “takeaways” from the event, the first of which described Trump’s political message as a combination of the New Deal, the Smoot-Hawley Tariff, and the Jim Crow Laws.

“Trump’s campaign hit on the ‘sweet spot’ of American politics’ winning message: New Deal+Smoot-Hawley+Jim Crow,” the documents state, later suggesting that “Charter schools, created to serve the needs of everyone, were commandeered by those with predetermined ideological notions.”

Another student who was required to attend, Walter Smoloski, explained that one of the events he attended “painted a dark picture of the Trump administration and its agenda,” noting that "while it was [not] meant to be a strong liberal rally,” it “clearly was left-leaning in view.” 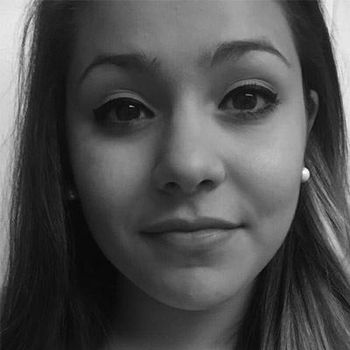