After a tumultuous year of protests within the University of California System, one chancellor is taking clear steps to protect freedom of expression on his campus.

In April, University of California-Davis Interim Chancellor Ralph Hexter commissioned a “Freedom of Expression Working Group” in response to repeated disruptions of speakers on the campus, tasking the group with devising policies that would put an end to the so-called “heckler’s veto.”

The working group has since submitted its findings with a set of clear recommendations to Hexter in a final report, a copy of which was obtained by Campus Reform.

The working group begins its report by acknowledging a “recurring problem on the UC Davis and other university campuses” in which “some groups have sought to silence speech of those with whom they disagree.”

“Such conduct adversely affects the First Amendment rights of speakers and those who desire to hear their speech,” the report adds, citing a “current lack of disciplinary rules” for students “who disrupt the speech of others.”

Accordingly, the working group recommended the implementation of an “anti-disruption disciplinary rule” that would punish student who disrupt speakers, as was the case during Yiannopoulos’ visit to campus.

“Although the determination of what constitutes disruption may be fact-specific and contextual in some cases and require the exercise of official discretion, the campus should clearly delineate disruptive behavior it deems presumptively unacceptable and provide clear notice to students engaging in such behavior that their conduct warrants a disciplinary response,” the working group explains.

Among such events, the working group suggests “interactive town halls and workshops” that would include discussion on the “theory of creative political expression to provide compelling examples of other, constructive and expressive options students have to respond to controversial speakers.”

Although the working group was composed of a “cross-section of members [including students] from the campus community,” not all were pleased with the recommendations, according to a collection of community responses compiled in the report.

“No fucking hate speech or speech from bigots,” one anonymous student responded, while another pleaded to “bring back Milo Yiannopoulos.”

“Good luck getting the majority of young Californians to enroll at UC Davis if you make it a safe space for neo-nazis,” another added. “If having a welcoming campus means keeping racists from wanting to come here I say all the better.”

Still another expressed a similar sentiment, arguing that “you cannot provide a platform for racists, sexists, and transphobes to express their hatred and have all members of your community feel safe, and respected,” challenging the school to “make a decision about what you care about more and own it.”

Hexter, however, stood by his faculty committee, telling Campus Reform that he deliberately sought to bring “a variety of expertise and viewpoints to bear” when he created the working group, noting that “There were representatives from the campus counsel’s office as well as School of Law faculty who could help advise on the legal aspects of the proposed policies, as well as representatives from among faculty, staff, and students.”

Hexter also noted that he had long since determined that action was needed to protect free expression on campus, even before protesters forced the cancellation of a Milo Yiannopoulos event in January.

“On our campus, there have been a number of events, over several years, where presentations by invited speakers were interrupted for longer or shorter periods of time,” he told Campus Reform. “Even before an event was canceled because protesters blocked audience members from entering security stations, I had already committed to review our policies and practices in light of the challenge of the so-called ‘heckler’s veto.’”

“These are important issues for American society and universities in particular,” working group co-chair and Law School Dean Kevin Johnson told Campus Reform. “Our committee as a whole was fully devoted to promoting robust debate, protecting public safety, and establishing clear guidance for the campus community.” 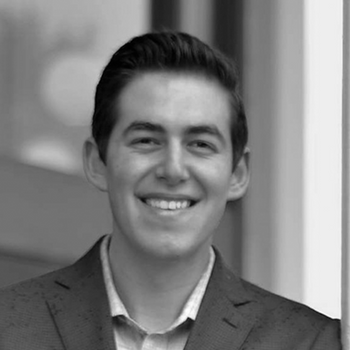