I grew up in a suburb of Atlanta, an area that is predominantly red, in a Christian, conservative home. I may come from a staunchly conservative family, but anyone who knows me knows my views are my own, although being raised in a home in which hard work and responsibility are expected has surely been a contributing factor to my beliefs.

I found my conservative voice in high school, as I realized many of my friends who had come from the same conservative backgrounds as my own were rejecting those views in favor of the flashy rhetoric of the left, especially the third-wave feminist movement. At a surface level, the feminist movement seemed great; who could be against equality for women? What I quickly discovered, however, was that the feminist message of inclusion and advancement did not apply if I did not share their liberal views.

I am from Georgia’s Sixth Congressional District, and if you follow the news, you will remember that Rep. Karen Handel won a close race and became the first woman to represent Georgia from the GOP. As a female conservative, I was thrilled. The growth of female representation in politics is something to be celebrated. Yet the attacks from liberal women would not stop. Why? Handel’s a conservative.

So, why am I conservative? Certainly not because it’s easy or trendy. I believe in putting what is right over what is popular. I support strengthening our military and making it clear to both our allies and enemies that we will defend freedom and democracy throughout the world. I think the First Amendment was first for a reason; guaranteeing that opposing viewpoints may be heard, that different religions may be practiced, and that protests may be safely organized is vital to preserving the dignity of every human being. I believe free markets should prevail and that hard work should be duly rewarded.

Finally, I stand behind the idea of putting America first—by prioritizing our country’s interests, we can set an example to other nations and truly be the beacon of opportunity and freedom our Founders intended to create.

Going into my freshman year at George Washington University in Washington, D.C., I was uncertain about what the campus environment would be like for a conservative like myself. While there’s no question that my school is overwhelmingly liberal, I’ve found a home in the small but strong conservative community on campus.

I joined several conservative groups, but I joined the Network of Enlightened Women specifically because I was seeking a community of women who felt left out by the feminist movement in the same way I did. They are witty, kind, passionate, and inspiring. After spending even just an hour with them at our first meeting, I felt empowered by their character and their boldness.

Being a part of NeW has made me less timid about expressing my opinions to other students. In the few weeks I have been on campus, I have engaged in intelligent, thoughtful, and civil conversations with my peers who share opposing views. I’m proud to be a conservative woman who can hold her own on a liberal campus and discuss her ideas in a constructive manner.

While I will always strive to remain civil and understanding, I will never compromise on what I believe. I am proud that people can look at me and say, “She’s Conservative.” 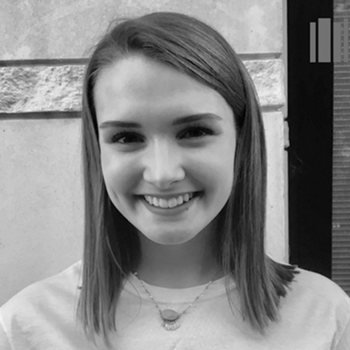