Trending
1
ANALYSIS: Academia is adrift in a sea of low standards
By Jared Gould
2
Have you or a loved one been 'affected' by 'free speech?' Colorado State University has…
By Alexa Schwerha
3
Stanford band mocks Christians during halftime show
By Thomas Stevenson '23
4
Students required to complete 'Privilege Checklist' in mandatory first year course
By Reagan  Dolinger '23
5
PROF JENKINS: Students have no right not to be offended
By Rob Jenkins
6
'Genderbread person' makes appearance in nursing course
By Caroline Cason  '22
Jordan Setayesh | California Campus Correspondent | YAL Media Ambassador
Monday, October 9, 2017 4:06 PM

A University of California, San Diego student calling himself "Karl Marx" was detained and questioned after stabbing a free speech ball.

Library walk is the epicenter of campus where student organizations advocate for their respective causes, and several students and activist from Young Americans for Liberty (YAL) and the Leadership Institute were peacefully advocating for First Amendment rights at with a large inflatable ball upon which students were invited to write anything they wanted.

The ball-buster started by signing a free speech petition with the name Karl Marx and writing  “sic semper tyrannus,” (“thus always to tyrants”) on the ball, then stabbed the ball four times and walked away.

“When I saw that ball stabbed I saw someone legitimately destroying a platform for free speech,” said Naoum. “This is ridiculous and I have never seen anything like this on campus.”

Once the YAL team realized it, they called campus police, patched the ball, and continued the event. Once the event was over, they used the email address signed by the student on the free speech petition to track him down at a campus bookstore, Groundwork Books, which was founded by Marxists in 1973.

YAL’s intention was to have a peaceful, open discourse with the student and that is why Brian Pryor of the Leadership Institute went into the store. However, as soon as he did, another employee of Groundwork Books physically pushed Pryor out the door, allowing the suspected vandal to flee.

At this point, Pryor called campus police and spoke with officer Patrick Cummins.

The student was tracked by an off-duty security officer and held until campus police arrived. Officers handcuffed the student, questioned and searched him in public, and then transported him to the station for further investigation.

“In my entire time working with Young Americans for Liberty leaders, and specifically in the fight for free speech, I have never seen anything like this when someone used violence to actively prevent us from sharing the message of free speech with college students,” said Fatal.

“The owner of the ball decided not to press charges for vandalism and the student was never arrested,” a UCSD spokesperson told The College Fix. “The student has been referred to the Office of Student Conduct.” 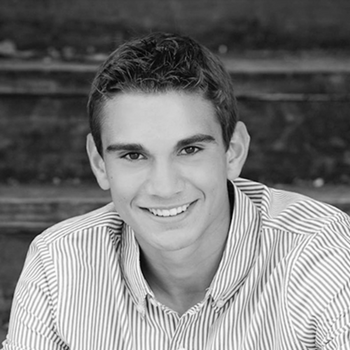