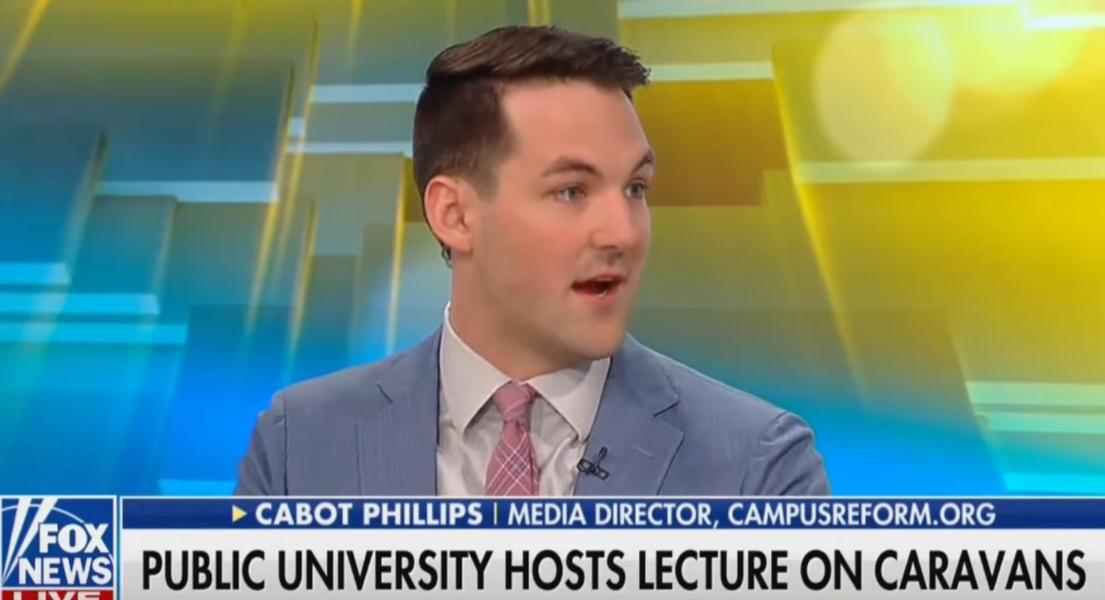 Campus Reform's Cabot Phillips joined Fox & Friends Tuesday to discuss how the University of Wisconsin-Madison is hosting an event comparing the current migrant caravan crisis at the U.S. southern border to Nazi Germany. Phillips called out the university for this comparison, saying that it is offensive to millions of Jews around the world.

Phillips addressed how those who oppose granting asylum to thousands of immigrants from Central America are perceived negatively.

"It's sad to see and it stifles real debate."

"The idea is certainly to say that our country must be compassionate, let these people in, and if we don't let them in then we are now on the side of Nazis and on the side of being anti-immigrant, bigoted, and xenophobic," Phillips said.

[RELATED: Ivy League prof: 'Open the border. Let them all in']

"But it's not only ahistorical to claim that the plight of migrant caravan people is the same as Jews living under the Nazi regime," Phillips added, "it's also offensive to millions of Jews around the country or around the world as well."

But, Phillips noted, it is now the "new par for the course on the left" to say that those with whom they disagree are racist or xenophobic.

"It's sad to see and it stifles real debate," Phillips said.

For its part, UW-Madison defended the event and its description, saying that it "invites speakers with a wide range of views to lecture on current events," noting that Garcia is an "internationally recognized commentator on war, natural disaster, and conflict, who will speak on the parallels between the Central American caravans and previous mass migrations during the Balkan War and Nazi-era Germany."