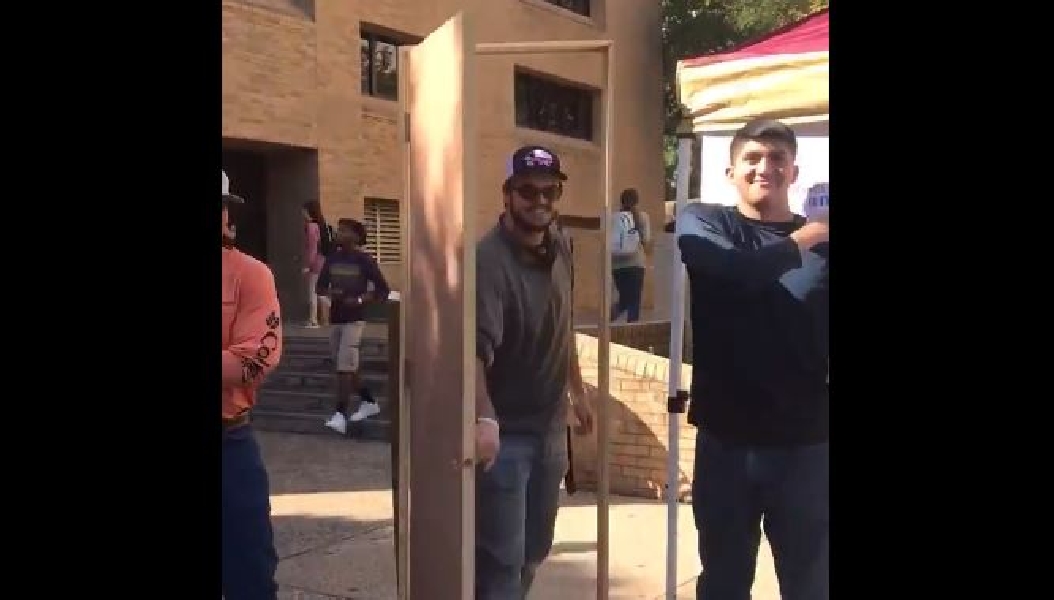 The Student Government Association (SGA) at Texas State University has introduced a resolution to condemn a conservative group for a tabling event titled “Conservative Coming Out Day,” which allowed conservative students to "come out" and share their views on campus.

Hosted by the Young Conservatives of Texas (YCT) at Texas State, the event coincides with "National Coming Out Day" for individuals who have not publicly "come out" as LGBT.

"a demonstration of how many conservative students are afraid to discuss their political beliefs on campus..."

The resolution accuses YCT of “homophobia,” “bias,” and “violating the shared values” of the school. The resolution also specifically says the YCT’s “continued belittlement of LGBTQIA+...make[s] it harder for LGBTQIA+ students to feel welcome on our campus.”

“The event in question, Conservative Coming Out Day, was a demonstration of how many conservative students are afraid to discuss their political beliefs on campus,” the statement reads. “We are proud to have invited Log Cabin Republicans (LCR) with the intent to ensure that nothing that took place could have in any way been harmful to the LGBTQIA+ community. Had any SGA members actually spoken with us prior to writing this virtue-signaling piece, they would have known that.”

In response to the SGA resolution, the YCT announced that it no longer recognizes the student government as legitimate.

“The final tipping point is when we did our annual Conservative Coming Out Day event this year with our local Log Cabin Republican President, Michael Cargill. [We were] told by the SGA that we are the reason LGBT students commit suicide,” Quaid said. “This was too far...it is incredibly dangerous for one organization to push such rhetoric and we can no longer stand by and watch as they try to burn our school to the ground.”

“I implore other students to denounce this ridiculous organization as well.”

According to the YCT Twitter feed, the group also faced threats for putting on the event.