Carnegie Mellon University professors sent a letter to the school's administration demanding that it re-evaluate the appointment of Rick Grenell as a Senior Fellow.

The letter stated that Grenell's position should be re-evaluated to uphold the college's "inclusion" efforts. 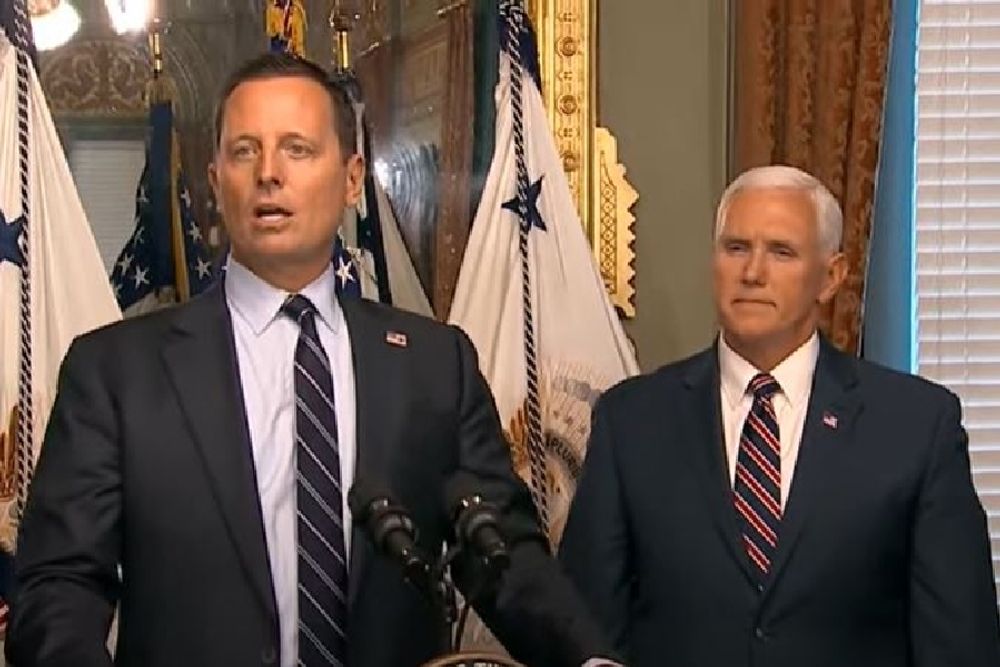 Carnegie Mellon University faculty and staff members sent an open letter to the administration objecting to Rick Grenell joining the Institute for Politics and Strategy as a Senior Fellow.  Grenell served as U.S. ambassador to Germany earlier in President Donald Trump's first term and was later elevated to acting director of national intelligence, making him the first openly gay person to be appointed to a cabinet-level job.

The faculty letter was released a month after students made similar demands in their own letter. Students also created a petition, signed by almost 1,500 students, calling for Grenell's position to be rescinded.

In the announcement of Grenell's appointment to this position, IPS founder and director Kiron Skinner said, "Ambassador Rick Grenell’s role as acting director of the Office of National Intelligence has given him a unique understanding of the complexities facing the intelligence community and how to address them. I am struck by the fact that Ambassador Grenell is especially interested in sharing his insights with our students and faculty as well as learning from them. I look forward to welcoming the Ambassador to Carnegie Mellon University."

The letter states that CSU should not be "appointing someone who is notorious for objectifying professional women and mocking their appearance." In now-deleted tweets, Grenell reportedly commented about prominent media figures like Rachel Maddow and Michelle Obama in posts that "were written to be tongue-in-cheek and humorous." Despite Grenell's apology for these tweets, the professors wrote that these "sexist comments on social media" do not uphold the university's pledge to promote an inclusive environment.

The letter states that in Grenell's past job as ambassador to Germany, he "met with numerous members of the racist, Islamophobic and anti-Semitic Alternative for Germany (AFD) party." The professors went on to say that Grenell once attended a party hosted by a blog that "known to publish Islamaphobic writings." The letter further alleges that Grenell hosted a Halloween party where a guest came "dressed as a Muslim woman in a burka."

The letter asserts that Grenell has made decisions which "raise concerns about his honesty," most recently having denied "that tear gas had been used to disperse Black Lives Matter protesters in front of the White House." The faculty members "implore" CMU to "more deeply consider the harm" they say will come with Grenell's appointment.

"How can we trust Richard Grenell as a colleague?  Our students may have written #BlackLivesMatter on the CMU fence, but it will not be true here until our actions in hiring match our words," the letter reads.

"We contend that the appointment of Richard Grenell undermines the integrity of our efforts to support a diverse and inclusive university community.  In a series of recent essays and petitions, a range of CMU affiliates have called on the administration to address well-documented patterns of institutional racism against Black persons, Indigenous persons, and persons of color and to make more meaningful investments in social justice. Appointing Richard Grenell amounts to a dismissal of these concerns and further entrenches the institutional problems in question," the letter states.

The faculty members say that Grenell's appointment will undermine the university's integrity because CMU has  "lent its credibility to a person who is sexist, a willing associate of racists, and engaged in spreading misinformation."

The letter concludes with the demands that CMU "respond in a more meaningful way" to the students' letter, re-consider Grenell's appointment and "establish policies and oversight mechanisms to avoid harmful appointments of this nature in the future."