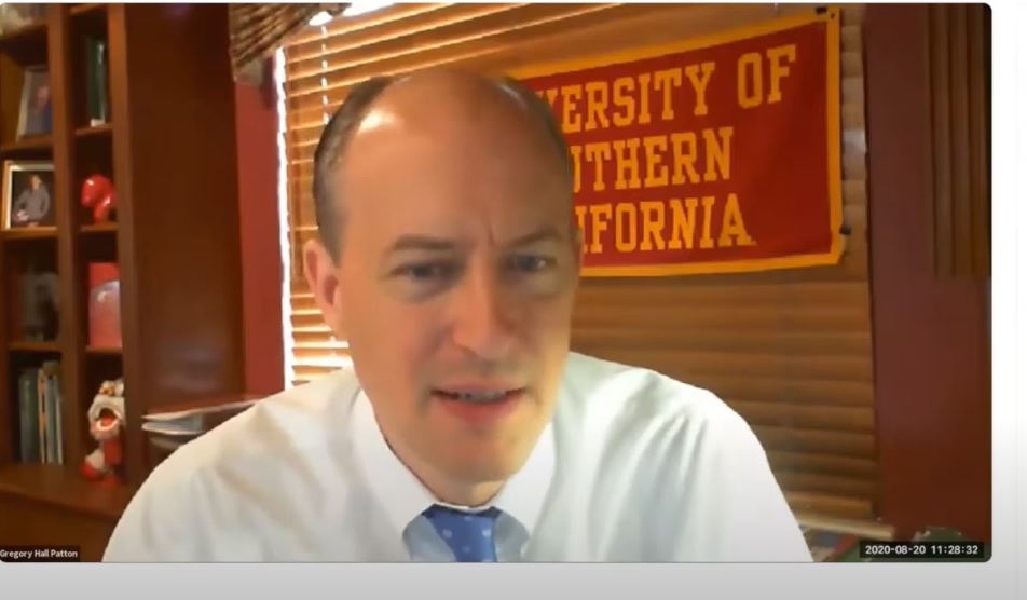 The University of Southern California says that a business communications professor was neither “dismissed nor suspended” after he used a Chinese filler word that sounds like an English language racial slur during a class demonstration. However, the university administration is defending Patton’s alleged decision to stop teaching his course and is continuing to investigate the incident.

Campus Reform previously reported that USC Marshall School of Business professor Greg Patton explained the usage of a Chinese filler word for “that,” comparing it to the usage of “like,” “um,” and other American filler words during an online class. After complaints from a group of students called the “Black MBA Candidates c/o 2022,” Patton “agreed to take a short term pause while we are reviewing to better understand the situation and to take any appropriate next steps,” according to the university.

"If anyone is qualified to make this comment, it is likely him."

[RELATED: Prof who pretended to be Black for years resigns amid backlash]

“His faculty page and CV describes him as a professor in China and a faculty member of the US-China Institute, among other things… If anyone is qualified to make this comment, it is likely him,” explains the petition. “Our schools and campuses need to be places where free speech and open conversation are respected. While bias and discrimination have no place in our universities, mindless censorship is equally harmful.”

More than 100 global alumni sent a letter to the University of Southern California, asking the university to reinstate Patton.

In an email to the Marshall School community, Marshall School Dean Geoff Garrett explained that it was not his intention “to cast any aspersions on specific Mandarin words or on Mandarin generally.”

Garrett further explained that Patton used a “polarizing example” when making a point about communication. Garrett pointed to Patton’s apology, in which “he noted he could have chosen a better example to illustrate his point.”

“This situation arose when students questioned the polarizing example chosen to illustrate a reasonable and important point about communication,” said Zukoski.