Lawrence called for the team to, among other things, wear 'statements on our helmets." 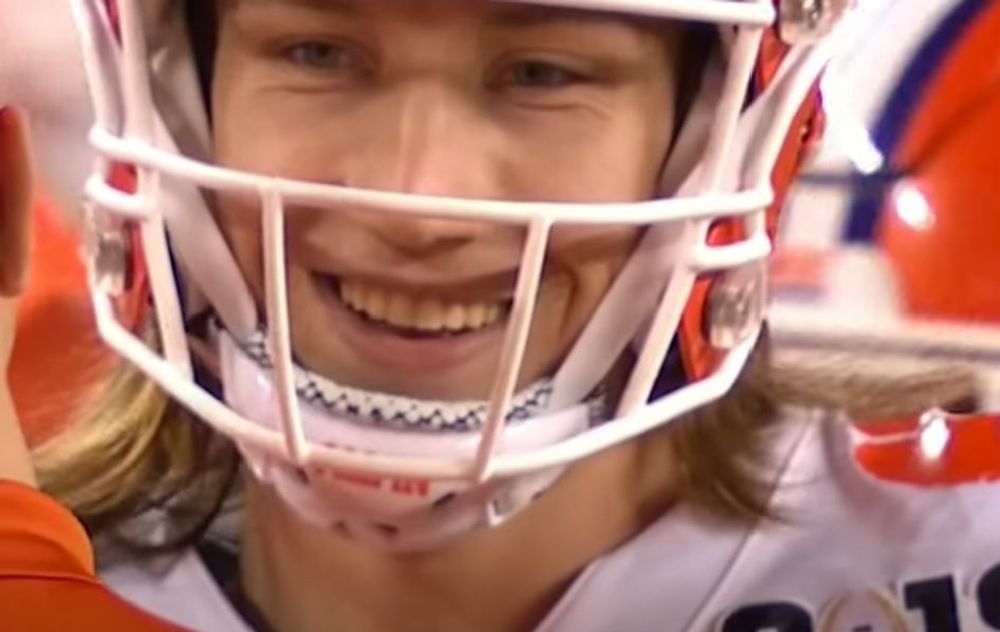 Lawrence has been the starting quarterback of the Clemson football team since the 2018 season. He is now using his platform to bring “real change” in the arena of “racial injustice.” Lawrence posted a statement on Twitter on behalf of Clemson football players  outlining how the team hopes to “bring about positive change to our campuses, our community, and our country.”

“Over the course of the past year, our country has witnessed some of the most atrocious racial injustices against countless black & African-American people too many have fallen victim to racial injustice and systemic inequities enough is enough. Real change must come," the statement reads.

"As we return to our respective campuses and most of us suit up in pads for the 2020 college football season, we realize the power we have to enact this change we, the players, have a voice, and we will use it to drive out injustice, improve our communities, and inspire the future generations,” the statement continues.

Lawrence laid out a 5-point plan of "actionable steps," including ensuring that all football players are registered to vote, holding discussions with the university administration about racial issues and solutions, initiating community events such as food, school supply, and book drives, as well as to “normalize” conversations with police departments and local government officials “to build trust and empathy.”

One of the steps calls for the designation of election day as a day free of “athletic obligations.”

When asked if this step will be enacted, Clemson’s assistant athletic director for football communications Ross Taylor pointed Campus Reform to a measure passed by the NCAA Division I Council. The change prohibits athletic-related activities from taking place on the first Tuesday following November 1 every year.

Taylor confirmed to Campus Reform that Clemson will comply with the measure.

The team is not limiting its changes to just being off the field, but rather are committing to take steps on the field as well.

“On game days, we will use our platform to raise awareness via wearing shirts, utilizing statements on our helmets and jerseys, and playing tribute videos to recognize victims of racial injustice & share our own stories,” the statement reveals.

When Campus Reform asked if Clemson will permit these actions, Taylor responded, “Yes, many of those elements have already been utilized and are expected to continue at times throughout this season.”

Clemson junior Kristen Harvey told Campus Reform that the statement should not just be limited to athletes, but rather to all students.

“I believe that athletes should use their platforms for good causes. However, for while it is noble to desire a societal change, why merely limit influence to athletes?” Harvey said. “And why singularly discourage racial injustice when countless disparities plague this nation? If true change is to occur, it should be encouraged before ALL students and not tackle one idea."

Clemson senior Anna Dance told Campus Reform that she thinks the football team’s motives are “nothing but good.”

“However I don’t think this does anything but push more division. While I believe people should utilize the platform they are given, I also believe in doing research prior to making a statement.

When asked whether she believes the team should use its platform for this cause, Dance said, “I think sports should stay sports and stop becoming so political. Not everything has to be about politics, especially when it’s entertainment.”