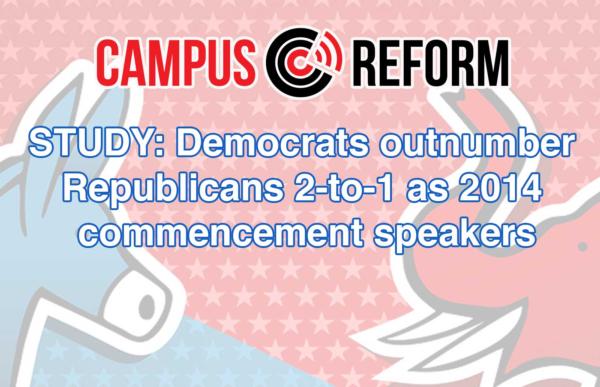 A study conducted by Campus Reform has found that speakers scheduled to deliver coveted commencement addresses for the 2014 spring semester are Democrat by an overwhelming two-to-one margin.

Currently, not one former Republican president or vice-president is scheduled as a commencement speaker.

The Senate should come as no surprise.

Republicans control the House with a 34 seat margin, 233 to 199, yet Democratic representatives have booked more commencement speeches.

If we have missed a speaker, please tweet at us @CampusReform