Expert: Sen. Warren's student loan bill is much ado about nothing 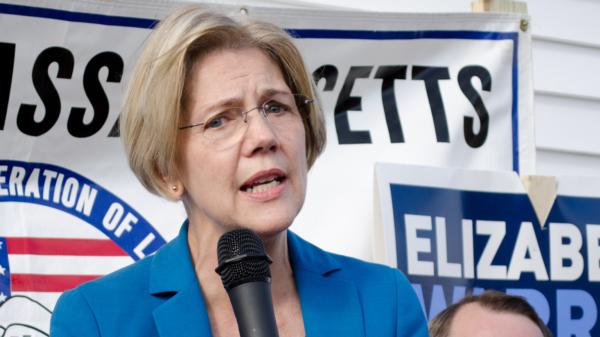 This week Sen. Elizabeth Warren (D-Mass.) introduced progressive legislation calling for the refinancing of student loans but left out one key detail—who exactly her proposal will help.

Warren’s plan, the Bank on Students Emergency Loan Refinancing Act, calls for those with outstanding student loan debt to be able to refinance at lower interest rates comparable to those offered currently to new borrowers—3.86 percent for undergraduates and 6.4 percent for graduate Stafford loans.

“It would be helpful to know what we’re talking about other than just give discretion to the Department of Education.”

Initial critics, like policy experts at the Brookings Institution, castigated Warren’s policy, calling it regressive instead of progressive. They say that refinancing student loans for everyone tends to help students with higher incomes as opposed to students with lower incomes. Borrowers with larger amounts of debt usually have racked it up in order to pursue advanced degrees in fields such as law or medicine.

Matthew Chingos, a fellow at the Brown Center on Education Policy at Brookings, told Campus Reform that legislation calling for refinancing for everyone is “regressive” because it would hit the poorest students the hardest.

“If we just gave everyone the opportunity to refinance their student loans, it wouldn’t be progressive,” he said in an interview.

Chingos made that argument in March, before Warren released her final draft, and it seems she listened to the criticism. In the final legislation released Tuesday, a new provision states refinancing isn’t for everyone.

“Not later than 180 days after the date of enactment of the Bank on Students Emergency Loan Refinancing Act, the Secretary [of Education] shall establish eligibility requirements based on income or debt-to-income ratio that take into consideration providing access to refinancing under this section for borrowers with the greatest financial need,” the bill states.

“We have no idea who would be eligible,” Chingos said. “It would be helpful to know what we’re talking about other than just give discretion to the Department of Education.”

Warren touts her bill as one that would help students pay back loans but fails to clarify just which students she’s talking about.

“Allowing students to refinance their loans would put money back in the pockets of people who invested in their education,” she said in a press release.

It’s unclear in Warren’s plan how a litmus test could be created to determine which students “invested in their education” and which did not. The Department of Education was unable to comment on Warren's proposal as it is not a law.

"We wouldn't have specifics on [the criteria] at this time," a spokesperson for the department told Campus Reform. "However, hardworking Americans working hard to pay back their student loans should have lower interest rates."

But while the department couldn't speculate on Warren's proposal, the spokesperson didn't hesitate to praise Senate Democrats for their student loan work.

"We look forward to continue to work with Senate Democrats to keep college affordable for middle-class Americans," the spokesperson said.

Instead of relying on an ambiguous plan, Chingos, who is already critical of reducing interest rates—he compared it to “giving out a handout”—suggested reforming existing policies.

“Forget refinancing—how can we make current income-based repayment programs more efficient,” he said, proposing the idea of consolidating the four existing programs into one in order to simplify it.

Warren’s bill would be able to refinance the selected student loans through the Buffett Rule, which would increase the income tax rate of those earning more than $1 million annually. Refinancing could occur for both private and federal student loans.

Her proposal is backed by 23 Democratic senators and has a counterpart in the House.

“We applaud Sen. Warren and the bill’s 23 co-sponsors for introducing legislation that would give borrowers a fair shot in this economy,” Anne Johnson, Executive Director of Generation Progress, said in a statement.

A spokesperson from the Center for American Progress, the parent organization of Generation Progress, told Campus Reform that Johnson was unavailable to comment on just who should be eligible for Warren’s plan.

Warren’s office also did not return requests for comment on the bill’s provision.