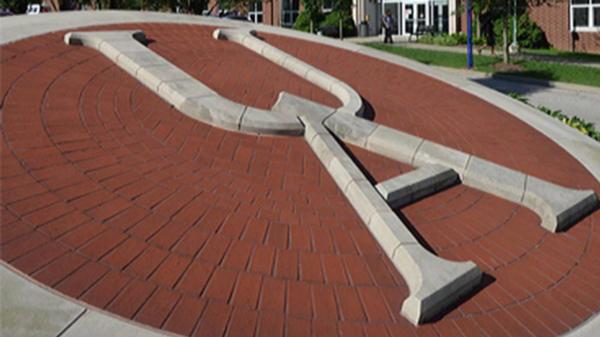 A recent policy change in scholarship refunds at the University of Akron (UA) has left some students angry—and others scrambling to figure out their finances for the upcoming semester.

After what a university spokesperson called “years of looking at the scholarship program,” UA has decided to put a cap on scholarships given from the university and limit the amount of money provided to only cover tuition and the cost of attendance, which includes meal plans, on-campus housing and student fees.

“The university promised a specific amount of money to each student who receives a scholarship, yet is now failing to follow through.”

According to Eileen Korey, chief communications officer for UA, this policy change only applies to “University of Akron-funded” scholarships. These scholarships can either come from general funding set aside by the university or through private donors from the university foundation.

Korey confirmed that external scholarships and funding, including Pell grants, are not affected by the policy change.

Prior to the policy change, students were able to use the extra money for off-campus housing and textbooks, among many other things.

“It’s awfully difficult to determine what are books for classes and what are not,” Korey said on why the university-based scholarships would not cover textbooks. “Students can still use Pell grant money for personal expenses.”

But for some students, external money just doesn’t cut it. Brianne Angell, a student at UA, started a Change.org petition, pleading with the university to reinstate the scholarship refunds and “not take opportunities away” from students.

“The university promised a specific amount of money to each student who receives a scholarship, yet is now failing to follow through,” the UA: Reinstate scholarship refund checks petition states. “The terms of scholarships have been changed, without directly notifying the students. UA has failed to consider the fact that students most likely have already planned budgets for next year, in addition to ignoring other negative consequences.”

The petition lists myriad consequences that students may face with the termination of the scholarship refunds, ranging from the inability to afford rent and bills to the unfairness of taking away a promised amount to student who worked to earn good grades.

Korey, who claimed some of the students’ protests were “running the gamut,” said that the university sent emails to students informing them of the change in February. According to her, the change has been in the works for several years, with UA even hiring a national consulting firm for a few years to look at how the university doled out scholarship dollars.

UA Executive Vice President Jim Tressel, who was recently named Youngstown State University’s president, is credited with looking at how much money was being refunded to students and going off-campus, Korey said.

According to her, the school estimated $1.7 million dollars was spent off-campus; however, the figure also includes Pell grant money.

By limiting allotted scholarship money to tuition only, Korey says the university is able to pocket the additional funds and offer more scholarships to students who need it, therefore attracting the “more academically prepared” students who are “most likely to succeed.”

Yet that limitation on scholarship refunds is causing a conundrum for students such as Angell, who is a daughter of a UA employee. Because of her parent, she already receives free tuition from the school. However, due to her good grades, she qualifies for merit scholarships from the university which she planned to use for an off-campus apartment.

Angell will now have to either move home or live on-campus, neither of which is appealing to the junior English major.

“If the university refuses to address this issue, I know what I will say in 5 or 10 years when they ask me to donate money—you already took it,” Angell wrote on the petition.

The petition also had a total of 580 signatures, although it is unclear how many of them are actually from students.