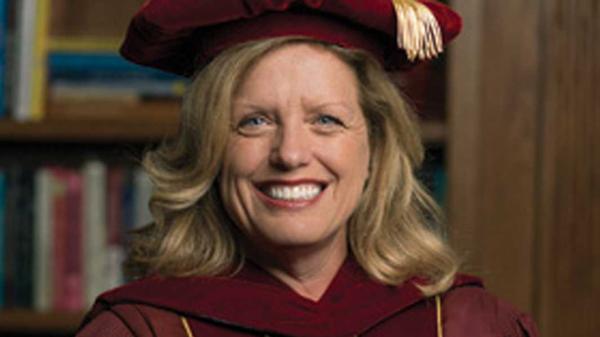 Winthrop University’s (WU) president of less than a year, Dr. Jamie Comstock Williamson, has been suspended and will likely be fired after a 12-to-1 vote by the WU Board of Trustees.

In a letter obtained by The Herald, WU trustees accuse Williamson of abusing her authority, acting inappropriately, lying to administrators and media, and violating the South Carolina Ethics Act, all of which come on the heels of a public outcry concerning hiked tuition.

"The whole situation is...a black eye for the university."

The letter states that Williamson “violated the University’s General Conduct Policy in failing to adhere to basic principles of integrity, honesty, respect for others, fairness, and accountability.”

The trustees claim that Williamson refused to comply with the state’s Freedom of Information Act, going as far as to destroy university records and property in an attempt to cover up the fact that her husband, Larry Williamson, was hired by the university illegally, violating both the State Ethics Act and the school’s nepotism policy.

Lastly, they claim that Williamson “repeatedly engaged in explosive, berating, demeaning, hostile, condescending, rude and other unprofessional behavior...” which embarrassed the University and made others fearful of contact with her.

Williamson has since threatened to sue the university for breach of contract, slander, and defamation.

In a response letter to WU’s Board of Trustees, Williamson’s lawyer wrote that “[i]t seems apparent that some board members have their own agenda and are not pleased to deal with a woman who is direct in her approach and is not concerned with stroking personalities.”

“We believe that the board’s stated basis for termination does not satisfy any of the grounds for termination for cause, which are set forth in the (employment) agreement,” Williamson’s letter reads.

Williamson is no stranger to controversy. Before employment at WU, Williamson was provost at Butler University. There, Williamson was the target of a blog post that was written anonymously by a student. Butler filed a lawsuit against the blogger using Williamson’s name (at the time, she went by her maiden name, Comstock); the suit was eventually dropped several months later after university found that the blogger was a student.

According to Dr. Guy Reel, associate professor of mass communications at WU, he and three other professors warned the Board of Trustees, who voted to confirm Williamson as president in a 13 to 0 vote, of Williamson’s behavior as a provost at Butler.

“The whole situation is unfortunate and is a black eye for the university. I do believe that we will recover, but I don't think the whole experience was necessary,” Dr. Reel told Campus Reform.

Williamson will have a chance to respond in person to WU’s concerns about her performance in a meeting on June 26, located at Winthrop's campus. Williamson must notify the Board of Trustees by June 20 if she decides to address them.