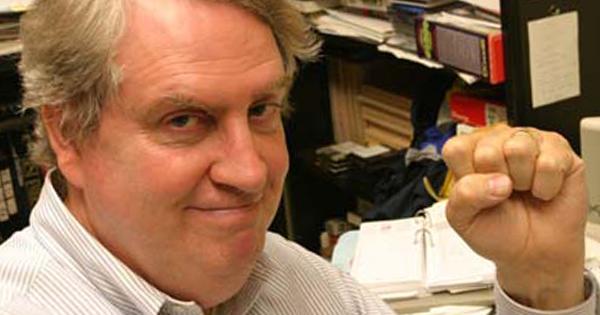 A Marquette University (MU) professor has been banned from campus for publicly criticizing a fellow faculty member who told a student to drop her class if he wants to discuss his “homophobic” views in her classroom.

“Abbate, of course, was just using a tactic typical among liberals now. Opinions with which they disagree are not merely wrong, and are not to be argued against on their merits, but are deemed ‘offensive’ and need to be shut up.”

“Abbate, of course, was just using a tactic typical among liberals now,” wrote McAdams in his blog post. “Opinions with which they disagree are not merely wrong, and are not to be argued against on their merits, but are deemed ‘offensive’ and need to be shut up.”

The Nov. 9 post was in response to an incident in Abbate’s “Theory of Ethics” class where a male, conservative student tried to discuss the moral implications of gay marriage and gay adoption. Abbate later told the student, in a conservation recorded on the student’s phone, that any denigrating or “homophobic” comments would not be tolerated in her classroom and she suggested he drop the class if he had any objection to her policy (he later did so).

McAdams has since been banned from campus, suspended with pay, and has had both his classes for the spring semester cancelled.

Abbate claims she is acting under the precedence of MU’s harassment policy, which states that “[t]he university…. will not tolerate harassment of or by students, faculty, staff and guests or visitors…. Harassment is defined as verbal, written or physical conduct directed at a person or a group based on color, race, national origin, ethnicity, religion, disability, veteran status, age, gender or sexual orientation where the offensive behavior is intimidating, hostile or demeaning or could or does result in mental, emotional or physical discomfort, embarrassment, ridicule or harm.”

In an email to Campus Reform, McAdams explained that it wasn’t Abbate’s support for gay marriage that was the problem, it was disallowing a differing point of view.

“Actually, the problem was the *reason* she gave for not discussing gay marriage. Had she simply said ‘I don't think it would have been the best use of class time,’ then no harm, no foul,” McAdams told Campus Reform. “But she told the student that expressing opposition to gay marriage would be ‘homophobic.’ Further, she said that any gay students in the class would be ‘offended’ at hearing arguments against gay marriage. So she seemed to believe that certain favored students should be protected from hearing arguments they are presumed to disagree with.”

McAdams’ told Campus Reform that he had previously engaged in constructive debate with students in favor of gay marriage. He added that the students were able to discuss the topic and weren’t offended by his opposition. He also shared his observation that members of “victim groups” are often more tolerant of diverse opinions than the politically correct faculty that try to protect them.

After his blog post, McAdams was notified by MU Dean Richard Holz that he must submit a written request to enter school grounds, complete with the reason for his visit, administrative approval, and appropriate arrangements.

When contacted for comment, Abbate referred Campus Reform to an article in the Daily Nous, a philosophical news website.

“There are certainly interesting pedagogical questions about how to discuss potentially offensive topics without violating harassment policies (and I encourage such questions be taken up in the comments),” Abbate told the Daily Nous. “However, the event at the center of this controversy does not appear to be one of speech being shut down because it is offensive.”

Professors and graduate students from around the world have co-signed a letter addressed to Marquette administrators in support of Abbate, claiming McAdams’s “one-sided public attack” on the female graduate student was a “threat to academic freedom.”

MU is currently investigating the incident, in addition to another student complaint about McAdams. According to the Daily Nous, Abbate is transferring to the University of Colorado at Boulder this January to get her Ph.D. in philosophy.