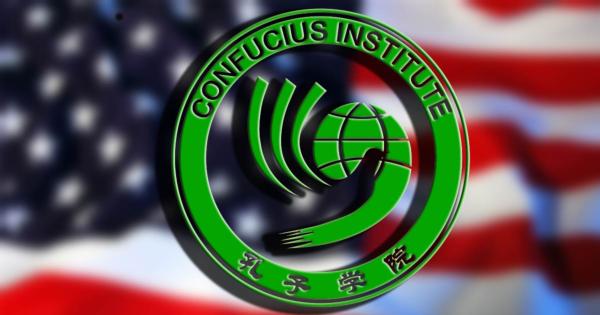 China has infiltrated American colleges and universities with government-funded Confucius Institutes, stifling freedom of debate and creating a base for “industrial espionage,” according to foreign policy experts.

When American higher education institutions partner with Confucius Institutes—the aim of which is supposedly to promote Chinese language and culture—the Institutes will provide the school with an initial $1 million on top of additional funding anywhere between $100,000 to $200,000 per year, according to a report obtained exclusively by Campus Reform from the Heritage Foundation, a conservative think tank.

"[China’s] government is intent on portraying a version of itself that is harmonious and happy. None of the bad things that happen in China, in the PRC, are because of its government are ever portrayed."

“Universities are always on the lookout for money and this money they have gotten comes at a very high price in terms of their integrity and in terms of their academic freedom,” Mike Gonzalez, a senior fellow at Heritage and author of the report, told Campus Reform in an interview.

Gonzalez’s 14-page report, “China’s Public Opinion Warfare: How Our Culture Industry Learned to Stop Worrying and Love the PRC,” details how the PRC censors American culture through both the movie industry and education.

Confucius Institutes are run by Hanban, or Confucius Institute Headquarters, which is a public institution “affiliated” with the Chinese Ministry of Education. However, the Institutes recognize and operate under Chinese law, and are therefore able to discriminate upon political or religious affiliations while hiring.

The government’s hand over the Institutes requires American schools to relinquish much of the control over the schools. Besides nondisclosure agreements between the universities and Hanban, the PRC is able to select the director of the school, approve or deny faculty and textbooks, and dictate exactly what topics are—or are not—allowed.

“[China’s] government is intent on portraying a version of itself that is harmonious and happy,” Gonzalez told Campus Reform. “None of the bad things that happen in China, in the PRC, are because of its government are ever portrayed.”

“So in order to do that they must change some reality because the PRC, you know, it’s a dictatorship,” he continued. “It’s a dictatorship that suppresses human rights in China and bullies its neighbors; it’s a potential adversary of the United States. So I think must all worry about that because universities should be about truth discovery. Academic endeavor should be about the discovery of truth, the discovery of facts, the teaching of analysis, and this is the obfuscation of facts.”

There are 97 Institutes located in the United States and more than 400 worldwide.

At Stanford University, Hanban prohibited the hiring of a professor who would discuss Tibet. Subsequently, Stanford hired a classical Chinese poetry chair where Tibet would not be a topic of conversation.

In 2009, North Carolina State University cancelled a visit from the Dalai Lama to the Raleigh campus, citing a lack of “time or resources.” According to Heritage’s report, the Institute’s director told the N.C. State’s provost that the visit would disrupt “some of the strong relationships we were developing with China.”

Besides these examples, Gonzalez, who lived in Hong Kong for eight years, told Campus Reform that professors within and outside the Institutes self-censor in order to continue to traveling to China for research.

However, American schools have recently begun slowly pulling away from the Confucius Institutes. The University of Chicago (UC) did not renew its contract with Hanban in Sept., after many faculty protested the school’s partnership.

“What I find objectionable is not the restrictions placed on CI instructors by the Chinese government, but the willingness of American (and other) universities to surrender control over staffing, curriculum, and classroom procedures to non-academic institutions that have a vested interest in the way the subject matter is presented,” Bruce Lincoln, a distinguished service professor of the history of religions at UC, told Campus Reform.

“In doing this, universities abdicate their responsibility to ensure that inquiry and discussion remain disinterested, fair-minded, thorough, open, and reliable, which is the very basis of our academic credibility. Under financial pressure, universities are often tempted to sub-contract parts of their operation, but when they take this approach to teaching and research, the results are potentially catastrophic.”

Lincoln said that while the Institute operated at UC, he did not take objection to any of the faculty—who he said received high marks during evaluations. Instead, he took issue with the school not hiring its own faculty and simply allowing China to hire those who would improve the worldview of its country.

“I’ve nothing against the latter agenda, but it’s not an academic agenda and has no place in an academic institution,” Lincoln said.

“Confucius Institutes function as an arm of the Chinese state and are allowed to ignore academic freedom,” a statement from the AAUP said.

In the report’s abstract, Gonzalez wrote that the PRC’s influence over American culture-making industries “may pose a threat to [America’s] long-term national security.” Gonzalez also claims in the report that Confucius Institutes have been set up as “bases of industrial espionage” in order to “pursue Chinese students and other Chinese nationals who stray from the party line here in the United States.”

“I can tell you that anybody from any communist government, I don’t care which communist government—Cuba, North Korea, Vietnam, China—that is overseas is going to be asked by the government to come conduct espionage activity,” Gonzalez said. “Whether they comply or not will depend on many things, but it is always hard in communist societies as in all totalitarian societies not to comply with government depends.”

According to 2012 testimony from Steven Mosher, a social scientist specializing in Chinese population control, to a House Committee on Foreign Affairs subcommittee, the Institutes engage in both industrial and military espionage. Mosher said the Institutes employ “a number of individuals” who “have backgrounds in Chinese security agencies.”

Besides higher education, Gonzalez detailed in his report how China censors Hollywood and the film industry as well. According to Gonzalez, China’s communist government can “zero in” on American culture as it stands outside of policy.

In December, a House panel chaired by Rep. Chris Smith (R-N.J.) decided to investigate the Institutes. Smith is seeking help from the Government Accountability Office in reviewing the agreements between the U.S. and the PRC in regards to the schools.

The Heritage report applauded Congress’s decision to review the schools’ role in the U.S., but also said the federal government should ask the U.S. Department of Justice to also investigate whether or not the schools break U.S. labor laws by discriminating against those whose religious or political affiliations are frowned upon by the Chinese government.

“Schools don’t need to do this,” Gonzalez said. “They don’t need to take money from the communist government of the PRC. Not at this price anyway.”