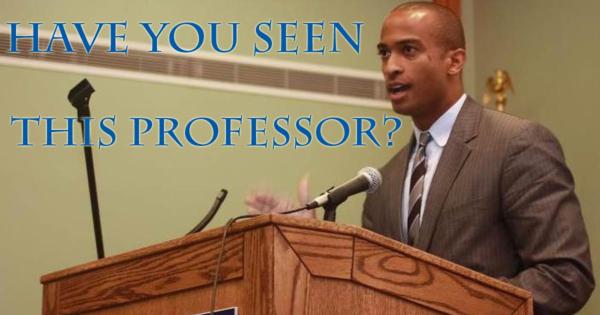 Political science professor Dorian Warren seems to be playing hooky from his Columbia University classroom as his students haven’t seen him for months except on his online MSNBC show.

Some students who took Warren’s Labor and American politics class were given incomplete grades for the semester while others were graded solely on assignments his teaching assistants had access to—not because they did not show up to class or complete the work, but because Warren is nowhere to be found outside of MSNBC. Warren hosts one of MSNBC’s new online-only shows, Nerding Out.

“I am involved in urgent consultations with several people across the university about how best to rectify the injustice you have suffered as a result of Professor Warren’s failure to submit final grades for this course,” David Johnson, director of undergraduate studies, wrote in an email to students that was obtained by Campus Reform. 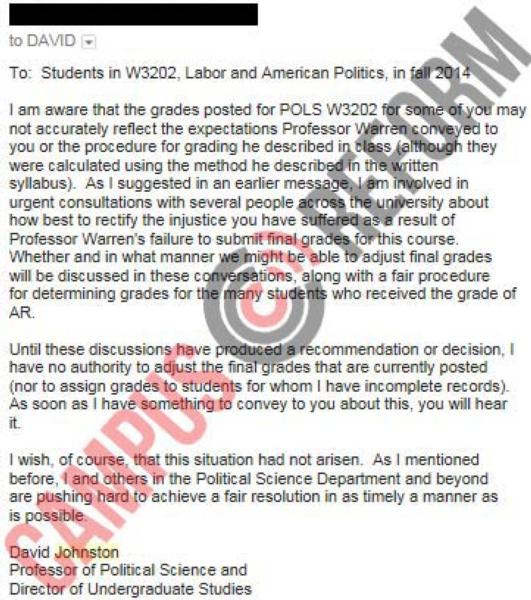 Johnson said in the email that he is unable to change Warren’s students’ current grades as they stand for now, but will discuss with university officials how best to adjust them, especially those who received an incomplete grade for the course.

According to Columbia sophomore Andy Truelove, Warren missed class multiple times and while he seemed “approachable” to his students, it was evident he cared very little about his class.

“He canceled class three times and showed movies for the entirety of at least four classes,” Truelove told Campus Reform.

According to him, while grades were due on Jan. 1, Columbia has been unable to contact him since that time.

“Although most students now have their grades, there is still some uncertainty for those who are wanting to appeal their grades based on the circumstances,” he said.

While Truelove said that some students are frustrated by the way the grading has been conducted thus far due to Warren’s disappearance, others have posted flyers around campus in search of the missing professor. 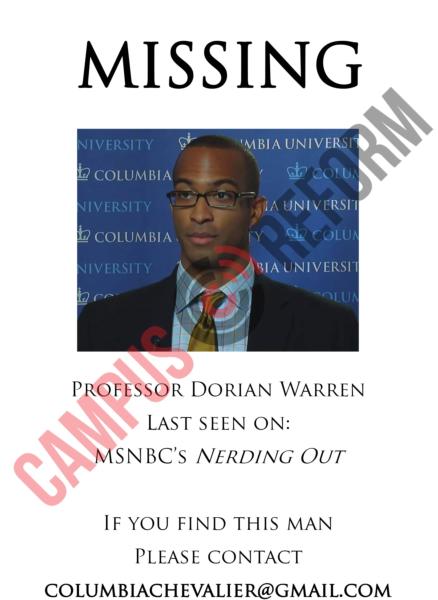 While Warren has been missing from the classroom, he was recently active on social media—he last tweeted on Jan., 29— and has appeared on Nerding Out, with the latest appearance on Thurs., Feb., 5.

According to a directory of professors within the School of International and Public Affairs, obtained by Campus Reform, Warren is not on leave. 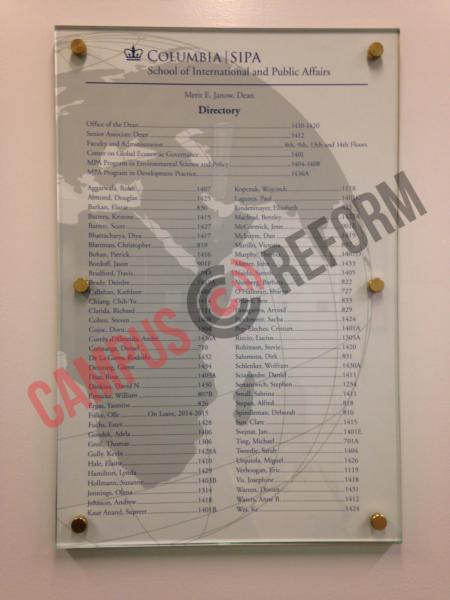 The Columbia Daily Spectator, the Ivy’s student newspaper, reported that Warren is not teaching this semester and has not resigned his position.

“He's not teaching this spring, so he's gone, he's not on campus anymore. So while he's still officially a faculty member until the end of June, he's not around,” Page Fortna, Columbia’s political science department chair, told the Spectator. “We've sent him emails, we've called him, and we haven't heard back from him.”

Fortna said that she has never experienced anything like this in her time as department chair.

Warren did not respond to a request for comment from Campus Reform.