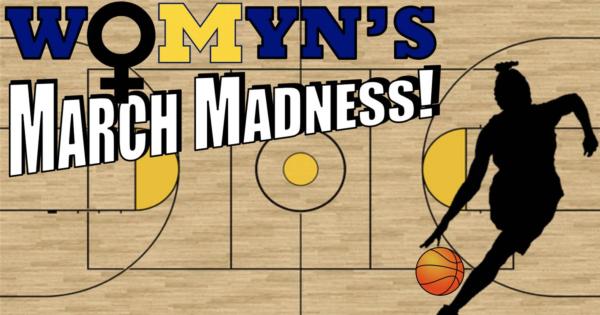 It’s March Madness, but for students at the University of Michigan, it’s absolutely maddening that women apparently don’t get enough attention in the sports world.

In an email to students who live in South Quadrangle, one of U-M’s largest residence halls, the hall’s residence staff encouraged students to participate in a “Womyn’s Bracket Challenge” in honor of “Womyn’s History Month” and because “womyn’s sports do not get close to enough recognition as they should.”

"The continued lack of coverage of women’s sports positions female athletes as second-class citizens and marginalizes women both within sport and within the wider culture."

“This is also a time to think about the ways in which society reinforces the gender binary and assigns roles according to such identities,” the email, obtained by Campus Reform states. “It’s also important to remember the influences of intersectionality when it comes to womyn sports - religion, gender, race, size, etc.”

“It seems silly to have a women’s bracket competition in the interest of equality and recognition when the hall isn’t even having a bracket for the men’s tournament,” Eli Sherman, a South Quad resident, told Campus Reform in an email.

Sherman, a sophomore computer science major, said that while he will not be participating in the Womyn’s Bracket Challenge, he is involved in a few other bracket pools for the men’s tournament.

The email provides students with a link to ESPN’s Women’s Tournament bracket challenge. As of this writing, 10 students had entered brackets under pseudonyms such as “I [heart] equality" and "Women."

Last year, Dr. Cheryl Cooky, an associate professor of women’s, gender, and sexuality studies at Purdue University, wrote an editorial criticizing the media for placing more prominence on men’s basketball than women’s during the tournament.

“Ignoring the role the media play in the promotion of men’s sport downplays the power that media institutions have in shaping not only our interests in sport but also our cultural beliefs about gender,” Cooky wrote in the Feminist Wire in 2014. “The continued lack of coverage of women’s sports positions female athletes as second-class citizens and marginalizes women both within sport and within the wider culture.”

“Sports are the remaining institution in the United States wherein sex segregation of men and women and boys and girls is both culturally accepted (and expected) and legally enforced (i.e. Title IX),” she wrote. “As such, sports become an important site for the reaffirmation and/or challenge of supposed natural, gendered differences and men’s physical dominance, which often serves to justify and uphold men’s political, cultural, and economic dominance.”

The winner of the building-wide Womyn’s Bracket Challenge at U-M will win a pizza party for the entire hall, according to the email. Information about the food and drinks will be sent to students in a separate email.

The South Quad residence hall is primarily co-ed, with only a few single-gender halls. The U-M Honors program and several athletics teams—such as men’s football and hockey—reside in the South Quad.