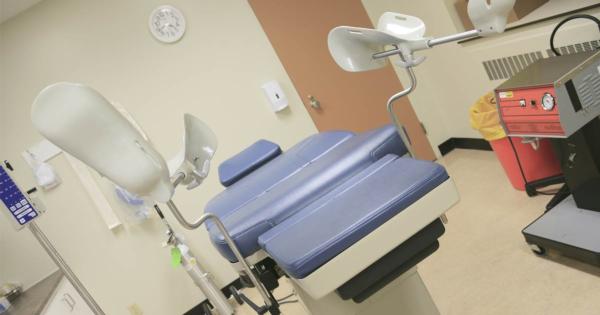 The University of Scranton announced last month that it will no longer provide coverage for abortions employees’ insurance plans.

University President Father Kevin P. Quinn, S.J., announced in a Feb. 10 statement to faculty and staff that even though the coverage currently provided was limited when it came to abortions, “it is inconsistent with the moral teachings of the Church."

"Considerable deliberation and research has made clear to me that because the University is self-insured we can, and therefore must, offer insurance plans that are free of all abortion coverage."

The university's coverage currently covers abortion in cases of rape, incest, and to preserve the life of the mother. The present coverage for elective abortions was negotiated in the 1990s in return for adoption coverage. This coverage was in accordance with Pennsylvania state law for traditional insurance plans, the statement said.

"Considerable deliberation and research has made clear to me that because the University is self-insured we can, and therefore must, offer insurance plans that are free of all abortion coverage,” Quinn said in his initial statement.

The University of Scranton is a private Catholic and Jesuit institution with more than 6,000 students.

“I recognize that abortion is a painfully divisive issue nationally and that Catholic and Jesuit colleges and universities have not been immune to this divisiveness,” Quinn said.

Approximately one dozen protesters from Planned Parenthood and Concerned Clergy for Choice showed up outside the Lackawanna County Courthouse to demonstrate against the university's decision, holding signs saying, "My Health, My Faith, My Life," and "Relationships require planning."

“The University of Scranton’s decision displays a cruel indifference to the women who work there,” Selina Winchester, a spokesperson for Planned Parenthood told Campus Reform in a statement. “When a woman enrolls in an insurance plan, goes to the hospital, or visits her doctor, she should be confident that she’ll get the best care possible. She shouldn’t have to worry that religious restrictions will be allowed to trump her health.”

The organization also criticized the university’s previous abortion coverage as "limited and narrow in scope.”

Rabbi Dennis Ross, director of Concerned Clergy for Choice in Albany, told the Times-Tribune that he thought the university should separate its religion from its insurance.

Supporters of the president's decision also were present at the protest.

“The trauma that post-abortive women go through is something Planned Parenthood does not discuss,” Colette Hughes of Scott Township told WNEP.

Quinn stressed that the university feels deeply about this issue and intends to help and provide resources to heal those in "some of the most tragic and heart wrenching situations that women, children and families might face: rape, incest, and threat to the life of the mother," according to a follow-up statement.

"As a university, we are at our best when we remain a united community that treasures and respects diversity in all its forms and especially in views and thoughts,” Quinn said. “At the same time, however, we are proudly Catholic and Jesuit. I continue to hold that it is necessary for the University as a Catholic institution to act consistently with the Church’s moral teaching on abortion.”

The university still plans to provide for the "treatment and psychological counseling of women, men and children who are survivors of sexual assault or abuse. Of equal importance, the University must remain a strong, impassioned and uncompromising force against sexual assault, domestic violence and child abuse in all its forms,” the statement said.

The university will also continue to provide coverage for medical procedures that preserve the life of the mother without causing a direct abortion.

In order to implement the changes, the president said that the new contract with the faculty will have to be negotiated.

Michael Friedman, the faculty union president, said that the decision is ultimately up to the union, which represents about 300 of its 940 full-time employees.

"It's something we haven't stopped discussing since the announcement was made,” Friedman told The Citizen’s Voice.

Mairead McArdle is a News Writer at National Review. Prior to this role, she was a California Campus Correspondent, writing stories about liberal bias and abuse on college campuses. She is a graduate of Thomas Aquinas College.