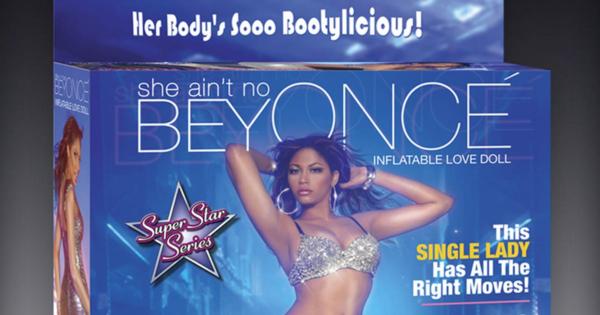 A group of students at the University of Pennsylvania held a mock slave auction Friday afternoon to protest the Phi Delta Theta frat’s purchase of a Beyoncé blow up sex doll.

The students, a part of UPenn’s Students Organizing for Unity and Liberty ( SOUL) student group, held the slave auction to protest the fraternity’s use of a black Beyoncé blow up sex doll in their Christmas photo in December—comparing the purchase of the doll to the purchase of slaves. The protest was a part of the group’s weekly “Ferguson Friday” demonstrations that began in the fall semester.

"For four months, I have walked in front of this house and have lost all sense of worth."

“The historical relationship between White males and Black females has been one of purchase, rape, and domination,” SOUL wrote on the Facebook event page. “We haven't forgotten about this and remain unsatisfied with the university's response and punishment of Phi Delta Theta.”

According to the Daily Pennsylvanian, UPenn’s student newspaper, the student “auctioneers” held up signs that read $14.60—the price of the blow up doll.

"When you walk on Locust, you're not supposed to feel the violence that is this house," Victoria Ford, a UPenn student, reportedly said during the demonstration.

"For four months, I have walked in front of this house and have lost all sense of worth," she said. "No more."

The doll was allegedly a gift one of the Phi Delta Theta brothers received during a Secret Santa exchange, for which the fraternity apologized immediately, claiming that “once removed from the packaging, it bore no semblance to the artist beyond skin color, adding to its offensive nature.”

Phi Delta Theta apologized for the photo in December, was put on probation by its national organization, and was mandated to complete sensitivity trainings.

"SOUL's activism in this instance isn't commensurate with what Phi Delta Theta did last semester,” Aidan McConnell, a junior at UPenn, told Campus Reform. “By hosting a slave auction outside the fraternity, SOUL seems to be using what was ultimately a tasteless mistake and transforming it into a truly unfair narrative about people who are trying to make amends with other university groups. It's a very callous way of drawing attention that only damages SOUL's legitimacy on campus."

According to the student newspaper, one fraternity member participated in the mock slave auction with his peers to show solidarity for their cause. He reportedly also painted his face. Other fraternity members watched the demonstration, and one member attempted to speak to the protestors but was told they did not feel as though the fraternity was actually “sympathizing” at all, according to the Daily Pennsylvanian.

“We do not ignore or minimize the psychological and emotional impacts of confronting white male dominance in its face. However, we genuinely believe in our collective ability to heal and provide strength for each other,” reads a posting by SOUL on its Facebook page publicizing the event. “We encourage women, especially, to come and express their rage, to help us envision this demonstration for Friday. We want you all to know that we are adamant about nurturing a space where all voices are heard, but especially uplifting and furthering the visions of women of color, queer, and transgendered individuals.”

SOUL is an official student group on campus that holds “Ferguson Friday” protests and events on campus. Campus Reform originally reported in November that the students held a mock funeral for “black and brown bodies” apparently killed because of racism and capitalism.