Was a landmark study on gay marriage faked? Looks like it 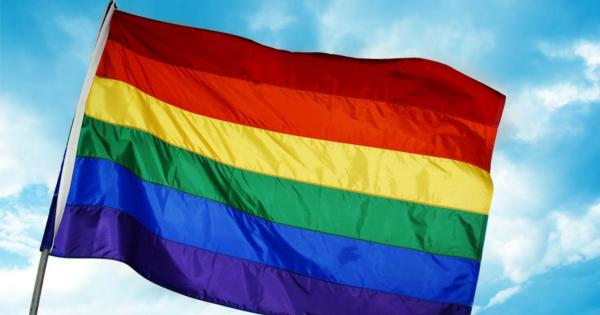 A report published in Science in December 2014, featuring a UCLA-funded study on voting for same-sex marriage, has been retracted by an author after a follow-up study done at Stanford found eight “irregularities” in the data.

UCLA grad student Michael LaCour and Columbia researcher Donald Green claimed in an experiment that a 20 minute conversation between gay canvassers and voters increased the likelihood that people outside of the gay community would vote for same-sex marriage. The study stemmed from efforts in 2013 by the Los Angeles LGBT Center to advocate for gay marriage through conversational efforts, the Daily Bruin, UCLA’s campus newspaper, reports.

"In most survey response data we would expect to see at least one such deviation."

LaCour described his research on his website as follows:

After learning of the impressive outcome of LaCour and Green’s study, Stanford Assistant Professor David Broockman and UC Berkeley grad student Joshua Kalla were motivated to run a similar, more detailed experiment; they launched their pilot study on May 6, 2015. They found eight irregularities in the original data produced by LaCour and Green which they analyzed thoroughly and presented to Green. By May 19, 2015, LaCour had confessed to falsely describing at least some of the data collection and Green has submitted a letter of retraction to Science and displayed it on his website.

The Broockman and Kalla report noted, “We report a number of irregularities in the replication dataset posted for LaCour and Green (Science, “When contact changes minds: An experiment on transmission of support for gay equality,” 2014) that jointly suggest the dataset (LaCour 2014) was not collected as described.”

An example of such irregularities was the absence of any single normal deviations from a survey response of 3160 members included in the study. One would have to fake the data to mold an outcome as favorable and clean of deviation as in LaCour’s findings.

“In most survey response data we would expect to see at least one such deviation,”

Kalla, Broockman, and Yale Assistant Professor Peter Aronow said. “We were saddened by the possibility that the data contained serious flaws.”

Upon being notified by Green on possible flaws in the research, Science included a public alert on their website: “On 19 May 2015, author Green requested that Science retract the paper because of the unavailability of raw data and other irregularities that have emerged in the published paper. Science is urgently working toward the appropriate resolution, while ensuring that a fair process is followed. Science is publishing this Editorial Expression of Concern to alert our readers to the fact that serious questions have been raised about the validity of findings in the LaCour and Green paper.”

LaCour responded in a statement, “I appreciate your patience in my forthcoming comprehensive report, as I gather evidence and relevant information, since I only became aware of the allegations about my work on the evening of May 19, 2015, when the not peer-reviewed comments in "Irregularities in LaCour (2014)," were posted online.”

In addition, he posted on his Twitter feed, “I read “Irregularities in LaCour (2014),” posted by posted at http://stanford.io/1FuBv3L on May 19, 2015 by Broockman et al. I’m gathering evidence and relevant information so I can provide a single comprehensive response. I will do so at my earliest opportunity.”

News of the incident has upset a wide range of academics and laypeople. The original study had been featured in major publications such as This American Life, The New York Times, The Los Angeles Times, The Wall Street Journal, Science Friday, The Washington Post, Huffington Post, and Vox.

. @UCLaCour That you are going to the same School I did is gross, way to fuck it up for all of us dude

@UCLaCour what are you most proud of hurting; @UCLA, #science in general, or #LGBT rights?

@UCLaCour Who was your actual collaborator? Dr. Oz ?

@UCLaCour the fact that you removed your grants from your cv is proof enough that you lied, a lie that significantly reduces any credibility

@UCLaCour I have to concede that you have balls to fabricate data in a study like this. We all got #Lacoured. Where is Brian Williams at?

I wonder if knocking on @UCLaCour's door & having a 22-minute chat about #academicintegrity might influence his views (& data)?

Jow later claimed that she had only learned of UCLA’s funding of the research on Wednesday morning.

On February 24, 2015, LaCour had eagerly announced via Facebook that he was offered a position as an assistant professor at the Princeton University’s Department of Politics and Woodrow Wilson School. He said,

“In 6 months I will move across the country to begin my dream job of being a college professor. I've accepted an offer to be an Assistant Professor of Politics and Public Affairs in the Woodrow Wilson School and the Department of Politics at Princeton University.

I feel like a fan being plucked out of the crowd (by Bono) to play with U2 during a concert! Just kidding, but really, what I am most grateful for is getting to do the thing I love. Thank you to all my mentors, old and new [. . .] for believing in me before I believed in myself. I can't wait to start!”

Additionally, the news of his future position at Princeton was posted on the Ivy League university’s website on April 29, 2015.

“This American Life featured Michael LaCour's work in its podcast on whether, and how, minds can be changed on charged issues, including gay rights and abortion. LaCour will join the faculty in the Woodrow Wilson School and Department of Politics at Princeton University this summer, and will be a CSDP faculty associate.”

When Campus Reform inquired about Princeton’s future plans for LaCour as assistant professor, Princeton spokesman Martin A. Mbugua said in a brief email, “At this time the individual is not a Princeton University employee. We will review all available information and determine the next steps.”

In a short phone conversation, Mbugua curtly said to Campus Reform, “I sent you an email... That's all I have to say."

It is still unclear at the moment whether LaCour’s original offer for a faculty position at Princeton still stands.