Mizzou considers banning all alcohol but beer, women from frats after 10:00 pm 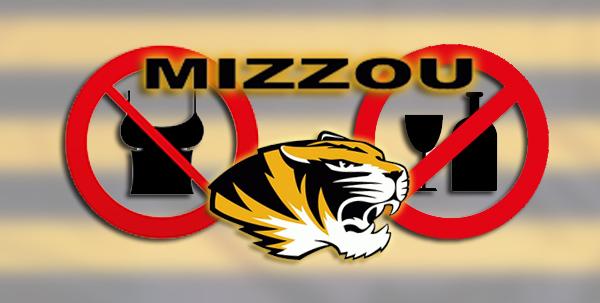 The University of Missouri is considering implementing new campus-wide policies which would ban females from fraternity parties from 10 pm to 3 am, and restrict the consumption of alcoholic beverages to beer.

The school, seeking to curb the number of sexual assaults on campus, is also considering forbidding fraternities from having out of town formals.

"By restricting women under the guise of ‘safety,’ this policy lends itself to the notion that women cannot make choices for themselves."

The proposed regulations came after a series of meetings at this year’s MU Fraternity Alumni Consortium. Ted Hellman, the Consortium’s Chair, said the group also initially planned a proposal that would create mandatory drug testing for all fraternity and sorority members.

According to Hellman, the Consortium’s proposals are part of an effort by Chancellor R. Bowen Loftin to create a discussion at the "Chancellor's Summit on Sexual Assault & Student Safety in Fraternity Houses," which will take place on June 20th.

While the policies are not yet in place, Hellman said “They have been discussed by a wide range of people and the university administration”.

Christian Bassi, the Assistant Director of Mizzou News, told Campus Reform that the aforementioned policies would be discussed in depth at the upcoming Summit, and they would be looking to “get student input” on the matter.

Many fraternity members on the campus of Mizzou have voiced displeasure, as have a number of sorority members. In a statement released last week, the women of the Panhellenic Association Executive Board and the Panhellenic chapter presidents said they “deemed the very premise of the proposal problematic and found many of the policies to be ineffective and uneducated.”

“By restricting women under the guise of ‘safety,’ this policy lends itself to the notion that women cannot make choices for themselves,” the Board continued.