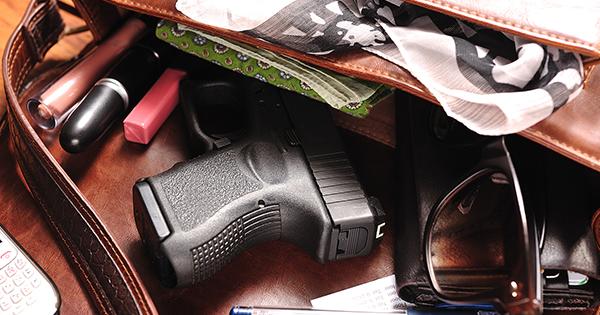 "By signing these bills into law, Texans can be assured that their Second Amendment rights will be stronger and more secure than ever before."

The new law—scheduled to take effect in August 2016—enables students ages 21 or older who are licensed to carry, to do so on their respective campuses throughout the state. The bill applies to public colleges and universities in addition to Texas community colleges.

Sponsors of the bill and gun rights groups hailed the governor’s stamp of approval as an example for other states to follow.

“Today I am proud to expand liberty in the Lone Star State,” Abbott said, according to the local CBS affiliate. "By signing these bills into law, Texans can be assured that their Second Amendment rights will be stronger and more secure than ever before."

Campus carry legislation has stirred drama across the country with proponents of gun control claiming it makes college campuses less safe. Supporters maintain that concealed carry is guaranteed through the Second Amendment and is an important step toward allowing college students to defend themselves and others against crimes like sexual assault or in the event of a campus-wide shooting.

“The police can’t be everywhere at once,” McLennan County Sheriff Parnell McNamara said in his testimony before the Texas state legislature in February. “We’ve had a lot of active shooters who’ve come into schools… These shooters are usually cowards, and cowards love gun-free zones.”

While the new law is set to apply broadly to public college and university campuses across the state, school administrators will be able to enforce certain regulations and identify specific campus buildings where concealed carry will remain prohibited.

"It is helpful that the bill was amended to allow our campus presidents to consult with students, faculty and staff to develop rules and regulations that will govern the carrying of concealed handguns on campuses," Bill McRaven, chancellor of the University of Texas System, said in a recent statement.

In early February, a New York Times column stirred intense controversy after the author defended campus carry legislation as a sensible step toward reducing sexual assault. Supporters argued that rape and sexual assault would “go down once these sexual predators get a bullet in their head.”

Indiana University senior Crayle Vanest sits on the national board of Students for Concealed Carry and says the organization has seen female membership increase “massively” over the last year.

“Universities are under a ton of investigation for how they handle sexual assaults—that shows how safe campus maybe isn’t,” Vanest told the Times.

Legislators in Florida were expected to pass a similar measure earlier this spring, but the bill failed after several unsuccessful attempts to secure support in the state senate. Florida lawmakers will revisit the measure next year, according to the National Rifle Association.