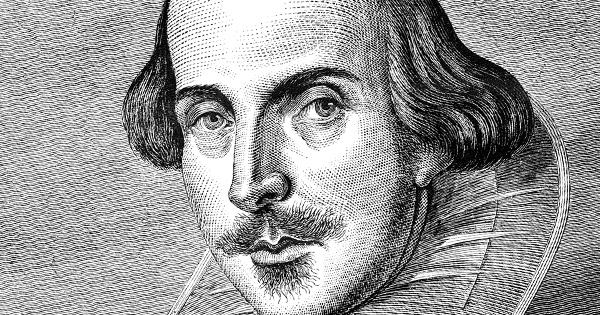 A high school English teacher inspired a heated debate over the weekend after writing that she does not want to teach Shakespeare to her students.

“I do not believe that I am ‘cheating’ my students because we do not read Shakespeare,” Dana Dusbiber, who teaches at Luther Burbank High School in Sacramento California, wrote in The Washington Post over the weekend.

“What I worry about is that as long as we continue to cling to ONE (white) MAN’S view of life as he lived it so long ago, we (perhaps unwittingly) promote the notion that other cultural perspectives are less important.”

“I do not believe that a long-dead, British guy is the only writer who can teach my students about the human condition.”

The veteran teacher declared that she has a “dislike” of reading Shakespeare because of her own “personal disinterest in reading stories written in an early form of the English language that I cannot always easily navigate,” and because there is “a WORLD of really exciting literature out there that better speaks to the needs of my very ethnically-diverse and wonderfully curious modern-day students.”

Dusbiber wrote that Shakespeare lived in a “pretty small world” and that it “might now be appropriate for us to acknowledge him as chronicler of life as he saw it 450 years ago and leave it at that.”

“What I worry about is that as long as we continue to cling to ONE (white) MAN’S view of life as he lived it so long ago, we (perhaps unwittingly) promote the notion that other cultural perspectives are less important,” wrote Dusbiber.

Dusbiber argued that students could learn from other forms of world literature including from African, Latin American, and Southeast Asian.

Dusbiber asked why “do our students not deserve to study these ‘other’ literatures with equal time and value? And if time is the issue in our classrooms, perhaps we no longer have the time to study the Western canon that so many of us know and hold dear.”

Despite being a mainstay at many high schools across the country, Shakespeare studies have declined in higher education. A recent report by the American Council of Trustees and Alumni found that only four of the 52 “elite institutions” studied—Harvard University, University of California at Berkeley, the U.S. Naval Academy and Wellesley College—required English majors to study Shakespeare.

Dusbiber concluded her argument stating that all students, not just minorities, can benefit from a “less Eurocentric” approach to studying literature.

“If we only teach students of color, as I have been fortunate to do my entire career, then it is far past the time for us to dispense with our Eurocentric presentation of the literary world. Conversely, if we only teach white students, it is our imperative duty to open them up to a world of diversity through literature that they may never encounter anywhere else in their lives,” wrote Dusbiber.

Matthew Truesdale, an English teacher at Wren High School in Piedmont, S.C., wrote a response the same day in the Washington Post. Truesdale argued that “Shakespeare is more than just a ‘long dead British guy,’ and I believe he has much to teach us about the modern human condition.”

“To dismiss Shakespeare on the grounds that life 450 years ago has no relation to life today is to dismiss every religious text, every piece of ancient mythology (Greek, African, Native American, etc.), and for that matter, everything that wasn’t written in whatever time defined as ‘NOW,’” wrote Truesdale.

Truesdale argued that just because Shakespeare was a “white male” does not mean that “a humane, progressive, and even diverse portrayal of the complexities of race and gender” is not present in his work.

Truesdale criticized Dusbiber’s argument that “students shouldn’t have to read Shakespeare because other literature ‘better speaks to the needs of my very ethnically-diverse and wonderfully curious modern-day students’” as one that is largely “reductive” and “turns the English classroom into a place where no one should be challenged or asked to step out of their comfort zone, where we should not look beyond ourselves.”

“In fact, why not work to draw links between the two? And should we only read authors that look like us and have experiences like us? Or for that matter, does a commonality in skin color mean a commonality in experience? I teach at a rural South Carolina school with a mostly white population—should I only teach white authors?” he argued.

“What she really seems to be saying is that no one should read anything that isn’t just like them, and if that’s her position as an English teacher, then she should maybe consider a different line of work,” wrote Truesdale.