U. of Texas to launch massive sex assault study 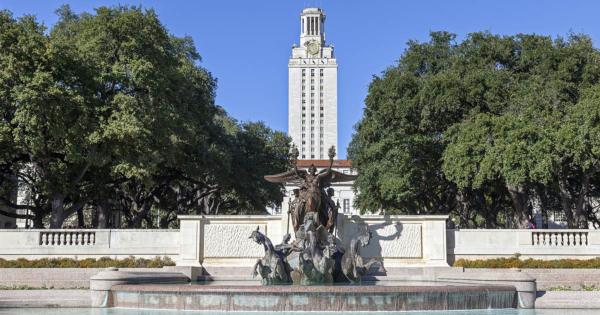 The University of Texas (UT) is embarking on a massive sexual assault study after years of unreliable national data.

In an interview with Campus Reform, UT Austin Chief Compliance Officer Paul Liebman said the oft-cited claim that 1-in-5 female college students will be sexually assaulted has “taken on a life of its own” and argued a comprehensive study is a “really good way of figuring out what the [sexual assault] numbers here are realistically.” Liebman said the entire UT Austin Title IX program, which has the authority to investigate sexual assaults on campus, reports to him.

"We have tried to make sense of the national numbers. We’ve never understood—even if those numbers were true—how those numbers relate to us."

According to a Wednesday press release, the University of Texas claims the study, which begins this fall, will be the "nation's most comprehensive study on sexual assaults ever conducted in higher education." The study will follow a number of students for four years and track their experiences with sexual assault in addition to organizing surveys and focus groups for the campus community.

“We have tried to make sense of the national numbers. We’ve never understood—even if those numbers were true—how those numbers relate to us,” Liebman told Campus Reform. Liebman added that he believes the research is necessary to create policies based on metrics rather than politics.

“Determining the prevalence [of sexual assault] will help [us] understand how many students face these traumatic events on our campuses and offer suggestions on how to respond to victims’ needs,” saidNoël Busch-Armendariz, a full professor at the School of Social Work at the University of Texas at Austin who will lead the study.

Liebman said the university was so impressed with Busch-Armendariz’s initial proposal they decided to expand the study beyond UT Austin. The $1.7 million survey will include all 13 college and medical campuses in the University of Texas system.

The University of Texas at Austin was one of 28 schools to participate in a national sexual assault campus climate survey conducted by the American Association of Universities (AAU) in April. Liebman said the results from the new study will allow each UT campus to draw comparisons between all the system schools and the AAU survey.

Liebman said student participation will be voluntary and anonymous. He said the collected data will not be used to report alleged sexual assault.

“We have a very aggressive campaign of outreach and awareness to try to get people to come forward, but we understand and respect the reasons why they might not want to come forward,” said Liebman.