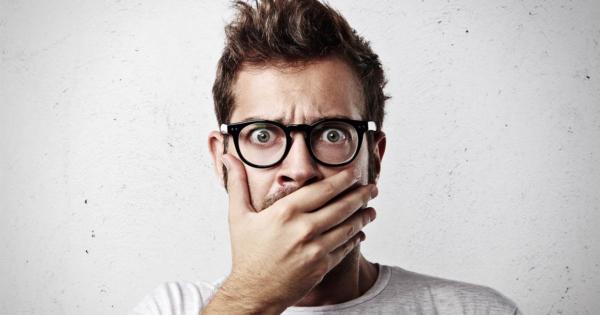 A bias incident, according to the school, is “any discriminatory or hurtful act” that the victim perceives to be motivated by one of thirteen different options, including “gender identity or expression,” “sexual orientation,” “age,” and “socioeconomic status.” A bias incident also does not have to be “a crime under any federal, state or local statutes, nor does it have to violate university policy.”

A student does not need to be the subject of harmful social media posts to report them as a bias incident.

The university’s Bias Report Form lists twenty-two different types of “bias incidents” that students can report (including an “other” option). Among the list of reportable incidents are: “microaggression,” “verbal assault,” “email, social media, or other Internet contact,” “bullying,” “retaliation,” “inappropriate/discriminatory comment,” and “perceived unequal treatment.”

Students can submit the standardized form online, by phone, in-person, and via campus mail. The school issues a quarterly report of incidents, which omit identifying information.

Online activity can also result in a bias incident. According to the 1st quarter summary report, one student was reported by one of his peers for “allegedly discriminatory/inappropriate comments on the basis of sex and gender identity” that the student made “on social media.” That incident was “referred to the Office of Student Conduct.” During the same quarter, a student reported a professor for “alleged discriminatory remarks made online...on the basis of sexual orientation and race.”

Gail Boker, the administrative assistant to the vice provost, told Campus Reform that a student does not need to be the subject of harmful social media posts to report them as a bias incident.

Even speakers at public events were reported for their microaggressions. During the third quarter, one student reported “a speaker at a public, on-campus event” for “perceived unequal treatment, inappropriate and microaggressive comments on the basis of socioeconomic status.”

The system came about as part of the Mosaic Project, which was designed “to help move [the university] toward a more inclusive campus community.” The BRSS, a sub-projected headed by a working group, came about “[a]fter years of conversations and months of studying other schools’ practices,” according to Student Life, the university’s independent newspaper.

Among the university’s “Bias-Related Policies” is a list of student Rights and Responsibilities. Students have a right to “be free from fear of intimidation, physical, and/or emotional harm,” “[t]he right to redress for grievances,” and “[t]he right to be free from peer pressure or ridicule regarding your choice of religion, politics, or lifestyle.”

Ari Cohn, a lawyer with the Foundation for Individual Rights in Education (FIRE), told Campus Reform that the policy has a “very real potential to chill freedom of expression and academic freedom on campus.”

The university’s definition of “bias incident,” Cohn said, is the “most troubling aspect” of the policy and others like it.

“This definition, staggering in breadth, allows for the designation of virtually any speech related to any number of important social and political issues to be designated a ‘bias incident’ based solely on the subjective standards of anyone who happens to overhear it.”

Cohn went on to say that—even when no penalties result from a report—the university’s policy will almost certainly bully students and faculty at Washington University into silence.

“Even if disciplinary action is not the ultimate result, Washington University members will almost certainly refrain from expressing their views (or resign themselves to only speaking with those who already agree with them) rather than risk being reported to the administrative speech police.”

FIRE gives Washington University St. Louis a “Red” speech code rating, the worst possible rating a school can receive. A red speech code rating means that the university has “at least one policy that both clearly and substantially restricts freedom of speech.”

“A university that wants to be taken seriously as such a place must live up to those promises [of freedom of expression for its students and faculty],” Mr. Cohn told Campus Reform. “Washington University’s bias reporting system fails to adhere to the fundamental principles that the university claims to stand for.”