Mariana Barillas News Producer at Sinclair's The National Desk @mvbarillas on Oct 14, 2015 at 9:19 AM EDT 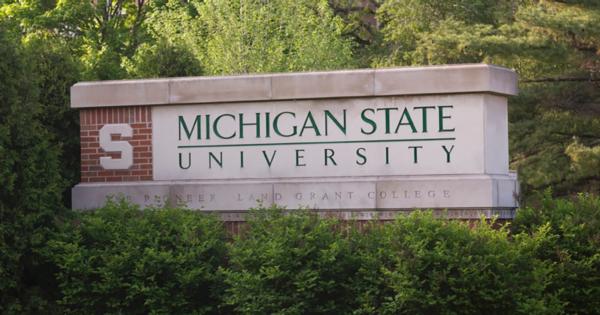 A Michigan State University professor called for open borders during a rally advocating the replacement of Columbus Day with Indigenous Peoples’ Day on Monday.

Miner has been at Michigan State University since 2007, but began his position as Director of the American Indian Studies Program this fall. He is an associate professor in the Residential College in the Arts and Humanities. A profile on the university’s website describes Miner as “a border-crossing artist, activist, historian, curator, and professor” who received his PhD in Art History from the University of New Mexico and previously taught a first year seminar entitled “Art+Activism.” A collection of Miner’s print art was also featured in an exhibit at the university earlier this year entitled “Crossing Borders.”

Miner argued that borders are at odds with indigenous traditions.

“As indigenous people of the great lakes and prairies of this part of Turtle Island, our ancestors have always crossed borders,” said Miner, who identifies as Métis, meaning a person of mixed European and Native American ancestry.

Miner proposed implementing a “just immigration reform,” which he said should recognize that indigenous and mestizo peoples migrate north from Mexico and Central America largely in response to “economic...machinations coming from the U.S,” such as corn subsidies.

The rally at which Miner spoke, organized by the North American Indigenous Student Organization at Michigan State University (MSU), attracted a small group of students, faculty, and community members to the MSU Union to protest the Federal Government's recognition of Columbus Day, which they contend honors genocidal acts committed against native populations by early European explorers.

Participants carried signs with messages like “Columbus: America’s 1st Illegal Alien,” and a number of speakers made remarks before leading participants in traditional tribal dances and songs celebrating Native American culture in a counter-celebration of Columbus Day.

“Use today not simply as a day to recognize the brutality that is and was Columbus and the institutions that he put in place but also to recognize survivance, to recognize sovereignty, to advocate on behalf of our communities and on behalf of Mother Earth,” Miner advised the crowd.

Miner further elaborated on his opinions concerning the validity of current immigration policy in an interview with Campus Reform.

“It seems strange to me that you get immigration laws put in place that actually disenfranchise the descendents of indigenous peoples from various parts of the hemisphere so you have native peoples in what is kind of the U.S.-Mexico borderlands are somehow deemed illegal,” said Miner.

In an essay entitled “ No Borders, Indigenous Sovereignty,” which was published earlier this month, Miner describes repeatedly crossing the border in the 1990s. Though arguing that borders are “inherently violent, settler-colonial nation-states enact border violence in ways that are not distributed equally,” he said that his “white-privilege” and “class-privilege” allowed him to “cross the border with less violence than brown-skinned Indigenous peoples, Latinas/os, Arabs, Black folks, and other people of colour.”

“While many Indigenous communities are fundamentally linked to seasonal and other migrations patterns, the cementing of geopolitical boundaries between different nation-states significantly impedes this ability, if not ending it at all,” reads the essay. “Shall we continue to uncover ways to resist the border and its imposition on each of us?”