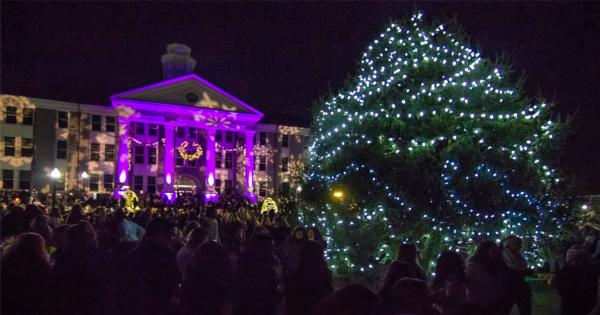 Into Hymn, a Christian a cappella group at James Madison University, was not allowed to sing “Mary, Did You Know?” at an annual campus tree lighting ceremony on Friday.

According to The Breeze, the Student Government Association at JMU told the a cappella group they were only allowed to sing secular songs. Michaela Kim, a member of Into Hymn, said the group received an email days before their performance with a list of approved songs, which excluded all religious hymns.

“Unity is supposed to represent everyone... As a Christian, I don’t feel represented.”

“We represent the Christian faith; that is what our music is all about,” Kim said.

However, the group was told they could not sing “Mary, Did You Know?” because it represents a specific religion.

Kim said the group did not have enough time to prepare another song because of the short notice.

“It takes a lot of time and effort to find a song, get it arranged, have everyone memorize their part and polish it all to have it performance-ready,” Kim said.

JMU said they decided to ban Christian songs from the celebration because administrators did not want to promote a specific religion at a public university event.

“JMU is a public university, so because it was a school-sponsored event, the song choice needed to be secular,” said Bill Wyatt, JMU’s senior director of communications and university spokesman. “The university made the decision to only sing secular songs. SGA [Student Government Association] merely helps the university coordinate the details.”

“Since this was a social gathering, all of the university’s a cappella groups were invited to perform one of several pre-selected, winter-themed songs,” Wyatt told Campus Reform.

The university also named the celebration “Unity Tree Lighting” rather than “Christmas Tree Lighting” in order to bring all members of the school community together.

“It wasn’t a Christmas celebration,” Wyatt said. “It was an event intended to bring the community together in a celebration of community.”

According to Wyatt, JMU didn't call the event a "Christmas Tree Lighting" because they were not lighting a Christmas Tree, despite the resemblance of the tree to a traditional Christmas tree. 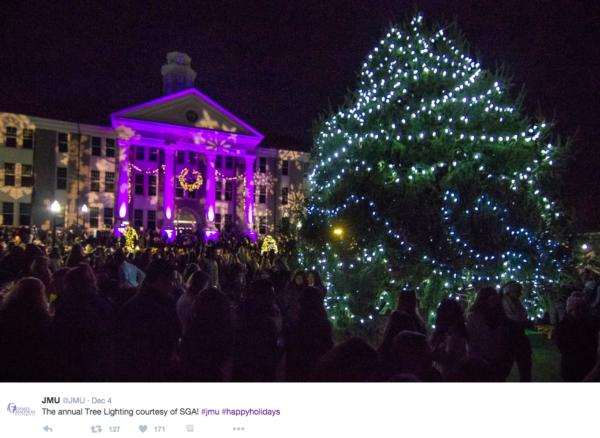 According to The Breeze, the Student Government Association provided the JMJews Chabad, the on-campus group that hosted the event, $2,150 to fund the lighting. The 12-foot tall menorah was lit using a large flaming torch called a shamash.

“A lot of people noticed that there’s not a menorah on campus, and while we do have the Unity Tree, a lot of people want to be unified by something that’s familiar to them,” Kara Kwart, president of the JMJews Chabad, said.

Kim disagreed with the university's decision to ban Christian songs and said her a cappella group felt excluded at an event that was intended to promote unity.

“Unity is supposed to represent everyone,” Kim said. “As a Christian, I don’t feel represented.”

Into Hymn decided not to perform at the tree lighting. The group posted a statement on its Facebook page on Saturday morning explaining why.

In light of the news about our group not singing at the tree lighting, Into Hymn would just like to open up to you all...

Ed. Note: This article has been amended since its initial publication.