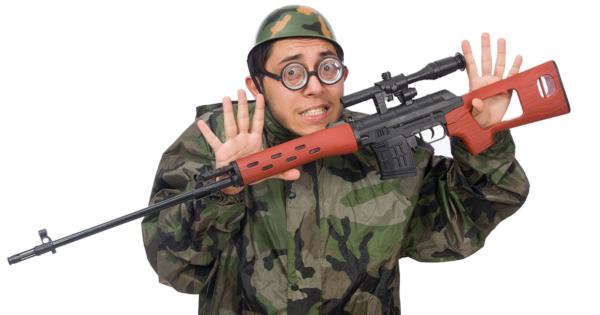 Both the UT Student Body President, Kevin Helgren, and The Daily Texan editorial board penned op-eds against campus carry just a hours after the start of the new policy that allows concealed carry permit holders to carry their handguns at Texas public universities.

Helgren’s op-ed, published at 12:50 AM and titled “Caution, cooperation necessary for smooth campus carry rollout,” urges those against campus carry to continue to voice their opposition, even though he claims they may be shot for having dissenting opinions.

“Had Campus Carry been passed prior to my taking Boundaries and Dilemmas, I can’t say for certain that I would’ve felt nearly as comfortable expressing dissenting opinions—or any opinion at all, for that matter—for fear of the opposition losing their temper and resorting to gun violence,” writes Helgren.

Helgren also criticizes students who choose to exercise their right to concealed carry, suggesting they may not fully understand the implications of carrying a handgun.

“If you’re a student who chooses to carry a concealed weapon on campus, I encourage you to really think about what the firearm in your backpack has the capacity to do,” he says.

The second editorial, published by the Daily Texan editorial board at 1:39 AM, strikes a similar tone, stating that students will have to work together to make sure “any looming disaster [as a result of campus carry] is put off for as long as possible.”

The editorial asserts that concealed carry permits restrict gun access to only the wealthiest students and distinctly threaten Muslim students because of “rising Islamophobia” in the US.

“Passing a bill with such great pushback from those who will actually suffer the consequences is enough to leave many speechless,” the editorial board writes.

The article also echoes Helgren’s argument that campus carry will infringe on free speech because students will be fearful of those with guns.

“When class begins on Aug. 24, we will also be learning how to live on a campus with concealed weapons,” it notes ominously. “Students unfamiliar with guns may find this a stressful experience, perhaps feeling less likely to attend campus events or speak up in class out of fear.”

In addition to painting campus carry as a threat to students, the editorial questions the responsibility of concealed carry permit holders, stating they may “forget their guns in bathrooms.”

“It takes law enforcement officials hundreds of hours of training to be able to use a firearm properly... Expecting a group of time-strapped 21-year-olds to surpass that standard is so frighteningly unrealistic that we feel embarrassed to have to write about it,” the board opines.

Helgren succinctly sums up the views of The Daily Texan in the first line of his editorial, which reads, “Firearms—with the exception of those carried by official law enforcement personnel—do not belong on college campuses. Period.”