U of I Senate wants 'substantial consequences' for 'intolerance' 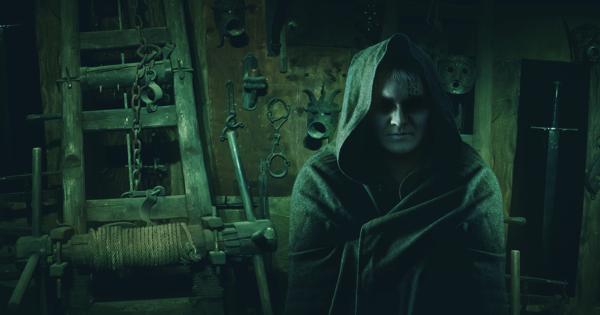 The University of Illinois Student Senate is seeking to impose “substantial consequences” on students and organizations that engage in insensitive behavior.

“No freedom in the Constitution is absolute, and that includes hate speech.”

The bill is reportedly a response to a Spring Break-themed party last semester that student activist groups deemed culturally insensitive because some attendees wore Arab keffiyehs and Mexican sombreros.

[RELATED: U of I adds 'US minorities' course requirement following frat party]

Students were also upset over pro-Trump chalk drawings during the spring semester that said “Build the wall,” and “They have to go back,” and suggested that such chalkings make people feel unsafe on campus.

Vice President External Alex Villanueva, who manages external relations for the body, referenced the controversial parties during a Wednesday debate over the bill, but contended that students, whether individually or in groups, should have the right to be offensive.

“If you want to dress up in something offensive; if you want to wear a mustache and sombrero like I’ve seen many times in Red Lion, that’s your right to do so,” Villanueva said. “At the end of the day, you’re embarrassing yourself. People are judging you, people are looking at you. I don’t think the University should have any business punishing you with workshops, etc., etc., for exercising your right to be an idiot.”

However, Vice President Spencer Haydary asserted that student’s right to free speech does not apply to “hate speech,” because in his estimation, the freedoms in the Constitution are “not absolute.”

“This isn’t necessarily punishing freedom of speech because no freedom in the Constitution is absolute, and that includes hate speech,” he rambled. “So if it comes to something like that, and the proper investigation has been taken, then something like that should have consequences, repercussions, whatever you want to call it.”

Student senator Adrianna Jelen seemed to agree with this sentiment, telling Campus Reform that she does not think students have a right to unlimited speech, but saying that the consequences for engaging in prohibited speech should be more clearly defined.

“I believe students have the right to express how they feel, as long as it does not harm others. The University already provides us with educational programs that school us on diversity and inclusivity on campus, but we still have people engaging in non-inclusive behavior,” she complained. “Depending on the severity of student actions some type of consequences should be imposed, but I believe the term ‘consequences’ needs to be strictly defined before going through with this bill.”

Other senators were even more uneasy about the vagueness of the bill’s language, specifically the clause encouraging “substantial consequences,” though some remain open to the underlying idea.

“There is a clause that calls for 'substantial consequences' to any of those offending by word or deed, including failure to follow 'cultural inclusivity' and 'societal norms'," Senator Tommy Justison told Campus Reform. “This ambiguous clause opens up a door for future problems in that a case of cultural ignorance or intolerance—even when committed without malice intended or spurring violence, could be prosecuted through university disciplinary hearings to the point of expulsion or a mandatory dissolution of an organization.”

The term “ambiguous” came up repeatedly, in fact, with senators Trevor Wiles and James Butkus both employing it to describe the legislation, while Senator Mark Schaer opted instead for “vague.”

Another problem with the bill, Senator Evan Bujak informed Campus Reform, is that since the Student Senate does not have the power to punish students, any consequences would be left to the discretion of the administration.

“First of all, the resolution CA.2017.03 would not ‘impose’ consequences on anyone because ISS, as a body, does not have the power to do that,” Bujak explained. “A closer look at the wording of the resolution makes that immediately evident. Due to numerous issues with the language included in the resolution, the Senate decided to send it back to committee for deliberation.”

Senator Tara Chattoraj elaborated on that point, saying that while she supports the bill’s goals, there are better forums for pursuing them than Student Senate.

“I am of the opinion that the University should certainly allow freedom of speech—but it in no way is required to sponsor it,” she told Campus Reform. “If registered student or campus organizations choose to be particularly hateful to minority groups (in a non-violent manner) in a way that links that hate speech to the University, they should be stripped of their rights to use the ‘University of Illinois at Urbana-Champaign’ name and branding, as well as any funding.”

Rather than simply request such a policy through a Senate resolution, though, she said the matter “would be best left to the Campus Senate Committee on Equal Opportunity and Inclusion (within the higher Senate on this campus, which is composed of students and faculty), which has the ability to actually require change from the administration.”