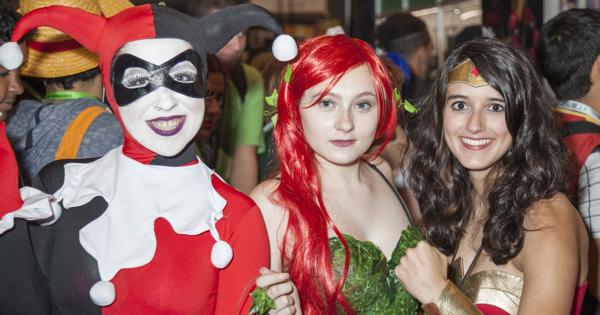 Members of the Chi Omega sorority will have to avoid song lyrics or pop culture Halloween costumes this year to avoid being “insensitive,” according to an email from the sorority’s national headquarters.

The email, obtained by MRCTV, warns the Chi Omega sisters that they may violate the sorority’s Policy on Human Dignity if they are not careful with their Halloween costumes.

“Are there any song lyrics or pop culture references...that could potentially be seen as insensitive?”

“As Halloween approaches, it is important to remind members about appropriate themes and attire,” the national headquarters wrote. “The Policy on Human Dignity can be referenced when considering Chi Omega’s expectations for behavior.”

According to the Policy on Human Dignity, “As reflected in the Fraternity’s policies, rules, and procedures, Chi Omega supports the preservation of human dignity and promotion of self-respect of each individual and does not condone any activity or behavior that is inappropriate, destructive, demeaning, or abusive to anyone including oneself or any group.”

The email suggests that past costumes or party themes may have violated this policy, accusing unspecified sorority chapters of practicing “cultural appropriation” by “wrongly using cultures for party themes and costumes.”

One such incident took place at the Chi Omega house at Penn State University in 2012, where members dressed in stereotypical Mexican garb, including mustaches and sombreros, according to HuffPost.

Members also wore shirts with phrases such as “Will mow lawn for weed + beer” and “I don’t cut grass I smoke it.”

The sorority was not punished by the national headquarters at the time of the 2012 incident, but when the chapter subsequently closed its doors in 2014, many speculated that the party photos were to blame.

Apparently hoping to prevent a similar situation from recurring, the national headquarters included a list of questions that sisters should ask themselves when planning a costume or party, such as “Are there any song lyrics or pop culture references included in this costume or theme that could potentially be seen as insensitive?”

The full list of questions, reproduced below, touches repeatedly on the organization’s concerns about perception, mentioning the prospect of photos becoming public and being “taken out of context.”

“Does the theme stereotype a group of people?

Could the theme be taken out of context to portray something negative or inappropriate?

Could the attire or costumes be considered offensive?

Could a photo from this event end up on the front page of my hometown newspaper, embarrassing my family and Chi Omega?

Are there any song lyrics or pop culture references included in this costume or theme that could potentially be seen as insensitive?”

If the answer is “yes” to any of these questions, the costume “may not be appropriate,” the email explains, adding that sisters should contact their regional director to discuss the appropriateness of such costumes or themes.