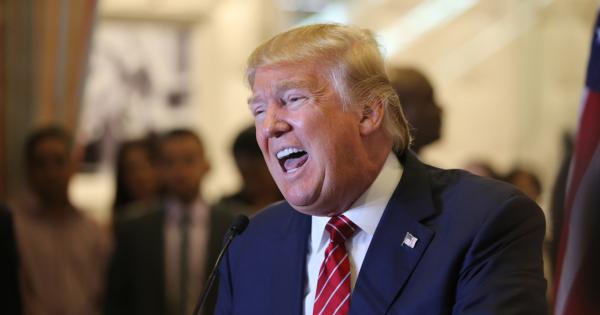 Students at Orange Coast College have started a petition to fire Olga Perez Stable-Cox, the professor who called the election of Donald Trump “an act of terrorism” during an in-class tirade.

Cox, who teaches Human Sexuality, has made national headlines for claiming that Trump is a “white supremacist,” and stating that Vice-President-elect Pence is “one of the most anti-gay humans in this country.”

“She clearly abused her power, and we will not stand for it.”

The petition denounces Cox not merely for her comments about Trump and Pence, but also for asking all Trump supporters to stand up in front of the entire class, which the anonymous student who submitted the video asserts was an attempt to isolate and publicly shame those who voted for Trump.

“We the students, community members, and taxpayers will not stand for community college students at Orange Coast College being targeted and bullied by their professor in class,” the petition says. “We understand that classrooms are meant for education and not indoctrination, and professors should not use their positions of authority to create a hostile learning environment. We acknowledge everyone has a right to free speech and teachers have academic freedom over their curriculum and how it is taught.”

“However, when discussion switches from curriculum to inflammatory remarks targeting students, it crosses a line,” the petition continues. “By calling the election of Donald Trump ‘an act of terrorism,’ and asking Trump supporters to stand, in another of her total of three Human Sexuality classes of close to 200 students, she clearly abused her power, and we will not stand for it. Professor Olga Perez Stable Cox has no place continuing to teach at Orange Coast College.”

Shawn Steel, RNC National Committeeman and attorney for the OCC College Republicans, told Campus Reform that such behavior is far from uncommon in college classrooms today, and applauded the students for taking a stand against efforts to bully them into forsaking their beliefs.

“The incident at Orange Coast College reveals the cancer in higher education where highly paid instructors are abusing their authority on a regular basis,” he said. “Electronic recording can bring about light to a deep, dark, leftist secret. The struggle going forward ultimately is to grow true intellectual diversity among faculty.”

“We started the petition...so [campus administration] would understand that we the students, community members, and taxpayers do not support the continued employment of Olga Perez Stable Cox,” added Orange Coast College Republicans President Joshua Recalde-Martinez, telling Campus Reform that “We hope that the petition will gather enough signatures to build an even stronger case for Professor Cox's removal.”

As of press time, roughly two days after the petition went live, it had garnered 334 signatures toward its goal of 20,000.