Bethel faculty: Bible compels us to use inclusive language 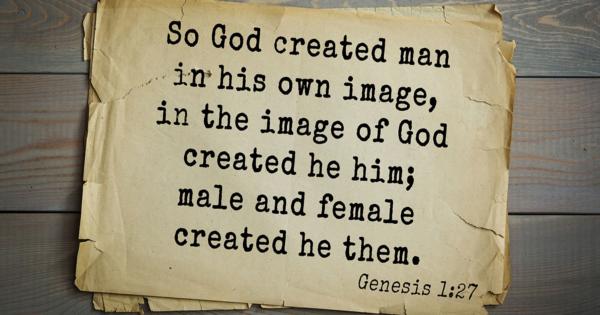 Bethel University is encouraging its faculty “to be clear in our Christian witness” by eschewing masculine terminology, despite the Bible consistently referring to humans as “man” or “mankind.”

A guide published by the Bethel library called “Language is a Powerful Tool” tells Bethel employees that their Christian faith and the Bible compel them to use inclusive language.

“To be clear in our Christian witness, the Bethel faculty encourages the use of inclusive language.”

“The Bible teaches us to value all people because they are created in God's image,” the guide begins. “Some traditional uses of language have been perceived as excluding a substantial group of people. To be clear in our Christian witness, the Bethel faculty encourages the use of inclusive language.”

One general guideline states that employees should “avoid using masculine terms to refer to people who may be either male or female,” urging them to “use a substitute for words like ‘man or ‘mankind’ when you mean a more inclusive term” and suggesting several “adequate substitutes.”

“Although the lack of an inclusive third-person singular pronoun in English is sometimes awkward,” the guide says, “words like ‘humans,’ ‘humanity,’ ‘beings,’ ‘people’ and ‘all’ are often adequate substitutes.”

Bethel also advises against using phrases like “man and wife,” which it says put women in a “dependent” position and refer to them solely by their role.

The age category, for example, tells employees to avoid “stressing the needs and experiences of separate age groups” and instead point to a “common experience through the life span.”

With regard to class, the document suggests choosing words “that reflect that human worth is not measured in terms of economic status or employment,” while also cautioning faculty not to “assume that lack of formal education is synonymous with ignorance, illiteracy, lack of intelligence, character, worth, or drive.”

The guide states that it was created by the Family and Gender Equity Committee of the Bethel College faculty, but notes that its members intend the prescriptions purely as “suggestions,” and do not expect them to implemented in any way that stifles discourse within an academic discipline.

“A psychology course on Lifespan Development will necessarily stress the needs and experiences of separate age groups and an English course could certainly assign and affectionately discuss novels that reflect strong biases toward class and race,” the disclaimer clarifies. “Our goal is to encourage a humble and Christ-like use of language, not to fetter specific disciplines.”