VIDEO: Students 'not feeling pumped' to be American 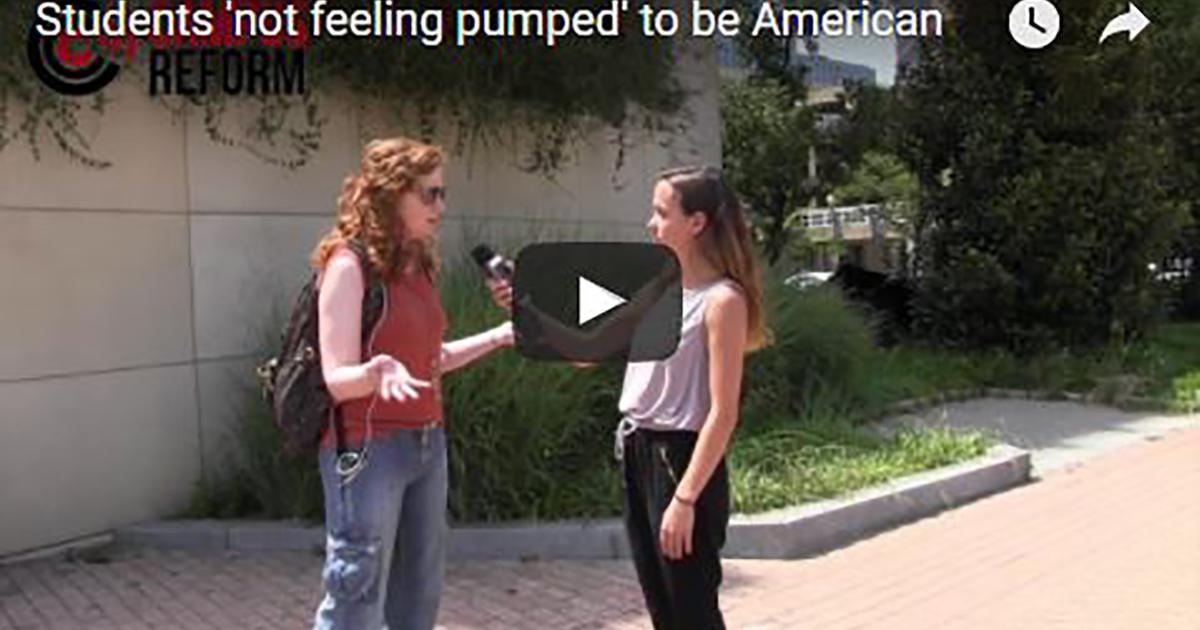 In the past decade, polling has shown a decline in the number of Americans who count themselves proud of their nation.

A recent Gallup poll for example, found that just 52 percent of Americans now consider themselves “extremely proud” to be American—a new low in the poll’s 15-year history.

Nowhere have these declining levels of patriotism been more noticeable than in the millennial generation, among whom just 34 percent of respondents considered themselves “extremely proud” of their country.

Wanting to hear what millennials in our nation’s capitol thought of this poll, Campus Reform headed to George Washington University to ask people a simple question, “On a scale of one to ten, how proud are you to be an American?”

From the beginning, it was clear that most students were noticeably tepid in their patriotism.

With the exception of a few outliers, the majority of millennials with whom we spoke described their level of patriotism at “around a 5.”

“I was proud to be an American up until a few months ago…” added another student, referencing the election of President Donald Trump.

Campus Reform then asked each student which nation they thought was the greatest on Earth. Once again, the United States was an infrequent answer.

What did they have to say?

Watch the full video to see!