Self-identified “student leaders” are demanding that the College of Wooster punish certain faculty members for their alleged “anti-blackness” while granting immunity to disruptive protesters.

The students recently took over Galpin Hall on campus to present a list of demands to the administration, calling on the school to increase funding for the Center for Diversity and Inclusion and diversity-related student groups, institute mandatory “cultural competency training” for all students and employees, and even grant “amnesty” to student protesters—not only by refraining from punishing them, but also by absolving them for any course work they missed during their sit-in.

“As a result of [the] administration continuously dismissing students’ concerns, we, the student leaders at the College of Wooster, have united in order to create a set of demands that represent each of our respective groups' interests,” the document declares. “This list of demands serves as a visual representation of our solidarity in hopes of no longer being ignored. Beyond the list of demands presented below, the administration must continue to listen to and address concerns brought forth to them by members of The College of Wooster student body.”

A large number of protesters walked out of class and assembled at Galpin Hall on January 24 to demand action on the demands, with more than three hundred students refusing to leave until late in the evening.

College President Sarah Bolton responded by heralding the “extremely productive conversations” she had with the protest leaders in a statement issued after she spent several hours speaking with them, pledging “more comprehensive educational efforts in the areas of cultural competency and sexual misconduct; more effective and easily accessible reporting and response mechanisms for all types of bias-related harm; and new resources for student groups engaged in work related to diversity, equity, and inclusion.”

The lengthy ultimatum, divided into seven sections, begins with a plea for “reallocation of funds” to promote diversity efforts, such as financing “Mandatory Training for student leaders on campus” through the Center for Diversity and Inclusion.

The section then turns to funding of student groups, complaining that “student organizations who do not engage with the wider campus community pertaining to issues of diversity have received substantially more funding [than those that do],” as evidenced by the fact that Men’s Ultimate Frisbee received over $15,000 for the current school year while the “Brothers of Diversity” group received just $984.

“The discrepancy between funding of groups is problematic when we review community-wide initiatives such as, the promotion of diversity and inclusion,” the students assert, adding that “The College’s implicit financial favoring of non-essential diversity groups exemplifies the institutions failure to support minority groups.”

The document also singles out several professors by name for alleged “anti-blackness, stereotyping of minority groups, and simply hate speech.”

The petition did not provide any examples to support its claims, but nonetheless decreed that in order to hold professors “accountable” for such behavior, “students should be able to press judicial charges against faculty and staff who violate our community standards.”

Due to these unsubstantiated accusations against the professors, as well as similar accusations leveled at a named student, the student newspaper deleted its original Facebook post linking to the petition, replacing it with a version in which the names are redacted.

The list of demands also calls for the creation of a student-led “Administrative Transparency Board,” insisting that the body have the authority to review every single financial transaction between the college and outside parties, as well as information about conduct violations pertaining to drug and alcohol violations, sexual misconduct, and “racial harassment.”

The students are also seeking input on the racial composition of the faculty, demanding a “person of color for both a Title IX Deputy and Director of Student Rights and Responsibility,” since it is “essential to creating a diverse environment for college discussions of sexual violence, and providing survivors with an inclusive environment for the healing and reporting process.”

Additionally, the demands call for “a provided space” for “private use” for “all groups representing people of color.”

Finally, the list demands that student leaders register for mandatory training at the Center for Diversity and Inclusion, as well as requiring every freshmen orientation to include “cultural competency training.”

President Bolton defended the proposed mandate in an interview with Campus Reform, calling it consistent with the school’s existing priorities.

“Cultural competency training, or in plain English, giving people tools and insights to help understand and appreciate our differences, and work effectively with fellow students, faculty, or staff members whose background and life experience may differ dramatically from their own, is something that we have been engaged in for some time,” Bolton said. “The commitment we made to the students was to continue and strengthen those efforts.” 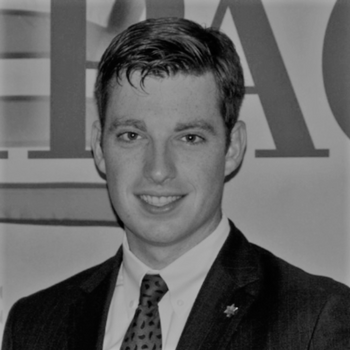