Activists at San Diego State University (SDSU) are organizing a May 1 walkout in an effort to pressure the school to meet their list of demands, including a “campus living wage” for students.

The event was organized by May Day SDSU, a political organization on campus, and is slated to coincide with International Workers’ Day on Tuesday.

On April 8, the organizers of the walkout posted a picture of the event flyer on Facebook,  demanding that the school create a “sanctuary campus,” authorize a “campus living wage,” halt a planned tuition hike, and say “no to fascism.”

On April 12, the group also published a “May Day Manifesto” on Facebook, further expanding on the changes that they want to see at the university.

According to one part of the document, the school “must work to reduce tuition until the university is tuition free, like it was intended to be,” while simultaneously implementing a $15/hour wage “for all workers employed at or by SDSU.”

On April 20, California State University (CSU) Chancellor Timothy White announced that SDSU will not experience a tuition hike in the 2018-2019 academic year, but stressed that “without sufficient additional dollars, campuses will need to reevaluate staffing levels, programs, and services.”

In its manifesto, May Day SDSU also demands that the university declare itself a “sanctuary campus” and “implement the adequate resources to protect and provide for our DACA and undocumented peers.” Though the phrase “sanctuary campus” does not have immediate legal implications, the organizers of the protest explain that this label will serve as a “symbol of support and participation in motivating cities and states to do the same.”

Since the election of President Trump, White has rejected calls to declare SDSU a sanctuary campus, arguing that CSU schools would not use the label because “a public university cannot make that promise unilaterally.”

Various student organizations, conversely, have come to the defense of the Deferred Action for Childhood Arrivals (DACA) and undocumented students in light of what they perceive to be a lack of action by the university.

In 2017, the International Youth and Students for Social Equality (IYSSE) at SDSU promoted an event called “Defend Immigrant Rights! Unite All Workers to Oppose Capitalism and Dictatorship,” while the Young Democratic Socialists of America (YDSA) at SDSU have criticized Trump’s repeal of DACA, tweeting that the move is “blatant white nationalism.”

The final demand of the May Day SDSU manifesto is for the SDSU administration to “directly address the presence of fascist and white supremacist groups on campus,” and ensure that these groups “are publicly condemned and barred from holding space in order to ensure the full safety of the student body.”

May Day SDSU specifically cites Identity Evropa and Patriot Front as fascist organizations that are intruding on the SDSU campus.

YDSA at SDSU has also made calls to dissolve what it perceives to be fascist organizations, and has condemned the SDSU College Republicans (SDSUCR) for inviting political provocateur Milo Yiannopoulos on campus last year.

“If they agree with Milo's views, then they are a gang of fascists, a danger to the university, and should disband their club immediately,” the group tweeted at the time.

Campus Reform reached out to May Day SDSU and IYSSE, but did not receive a response in time for publication. 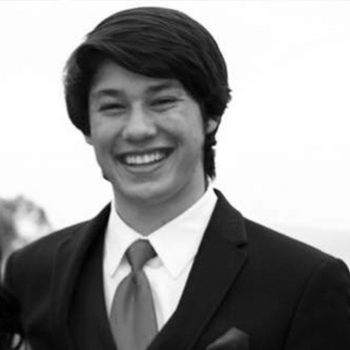