A Georgia professor offered her students extra credit to attend a campaign event that a Democrat gubernatorial candidate hosted on campus with Democrat Sen. Elizabeth Warren.

“Although I never offer extra credit, I’m making a one-time exception,” Allen told students in the email. “I’m sure you’ve heard by now that the Abrams campaign along with Senator Warren are visiting campus tomorrow at 10 am in the UC commons. They would like a really big turnout. To help out I’m offering the following opportunity: If you attend, take a selfie of you at the events, and upload a pic to the folder I’m creating in D2L, I’ll add 2 bonus points to your final grade.”

Reportedly, Clayton State told Atlanta WSB -TV Channel 2 that its administrators contacted the professor and advised her that she should offer an equal amount of extra credit to students who participate in campaign events hosted by every political party. Allen did not respond to a Channel 2 request for comment, but the school said that she agreed to make available extra credit for every political event.

“This is more than a simple mistake,” Clayton County, Georgia Republican Party Chairman Garrett Ashley told Campus Reform. “Dr. Allen meant for this to be what it is: a gross manipulation of her rights as a professor to award bonus points by bribery to further a political campaign. I find her email very disturbing, and this ‘fix’ is merely an afterthought.”

“A student’s political preference should not determine his or her grades,” Georgia Association of College Republicans Chairwoman Kylie Harrod told Campus Reform. “Professors at Georgia universities should teach students how to think rather than what to think - end of story.”

The Georgia gubernatorial race is close between Abrams and Brian Kemp, the Trump-endorsed Republican candidate, who is polling two points higher than Abrams, on average. These percentages, though, are within the margin of error. 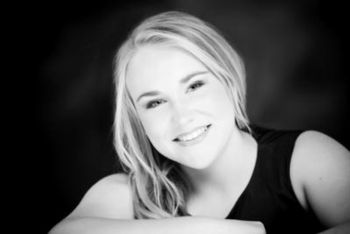