OPINION: School's out for summer, but NOW is the time for SCOTUS guidance on campus free speech

When the U.S. Supreme Court denied taking up a case earlier this year involving a free speech themed event hosted by a conservative group at the University of South Carolina, it put off yet another opportunity to address important, unanswered questions related to free speech on college campuses. Though the Court has appeared reluctant to weigh in on-campus speech issues in recent years, the state of campus free speech remains fraught and ripe for review.

While the majority of recent federal decisions considering the constitutionality of speech codes have been at least partial victories for First Amendment rights – see, e.g., Doe v. Rector and Visitors of George Mason, 149 F.Supp.3d 602 (2016) (striking down university ban on “communicating … in a manner likely to cause … emotional or physical discomfort” and narrowly construing remaining part of speech code to apply only to fighting words, true threats, and other unprotected speech) – numerous other restrictive campus speech policies and administrative actions have escaped judicial review and left students and university employees concerned about engaging in free expression, at least to the extent their opinions or views could be seen as controversial.

Earlier this year, for example, administrators at Georgia State University (GSU) acted to prevent the distribution of a student-run newspaper to incoming college students during orientation. While the university administrators originally told the newspaper’s student journalists that they would be taking such action to prevent the unnecessary overuse of paper – an odd reason given that the publication had already been printed – further investigation purportedly revealed that the decision instead stemmed from the university’s disapproval of at least some of the publication’s content.

Indeed, the newspaper included an article entitled “Students with alternative jobs” that highlighted the unconventional employment that some students engaged in to fund their college education, including stripping, selling drugs, and “being a sugar baby.” Though the student journalists did not face any disciplinary action for including the controversial material in the paper – nor should they have – the administration’s response certainly risks chilling student speech in the future, especially with regard to controversial subject matter, regardless of whether that speech serves the public interest of the relevant student body or university at large.

Because students are less likely to bring First Amendment challenges where - as is frequently the case – official disciplinary actions are not taken, the Court needs to take the opportunity to weigh in on these issues in the rare instances where such challenges are, in fact, brought – e.g., in cases like Abbott. Stories of content- and viewpoint-discrimination, like at GSU, rarely make frontpage headlines, but they happen all the time and have a real chilling effect on-campus speech.

While the Court’s recent rulings on First Amendment issues outside the university setting should, theoretically, impact the actions of public universities – see, e.g., Iancu v. Brunetti (holding in June 2019 that the Lanham Act’s prohibition on the registration of “immoral” or “scandalous” trademarks violates the First Amendment) – the reality is that university actions toward campus speech are rarely shaped by court decisions that do not, on their surface, seem to target college campuses.

In fact, university administrators – to the extent they even take note of such decisions – are likely to differentiate between government speech in a traditional context and free speech on campus by arguing that some expression can, at its core, be incompatible with the unique educational mission of a public university.

In light of the unique position that universities occupy, coupled with the fact that broad questions concerning campus speech have remained unanswered, issues related to free speech in a public university setting are ripe for the high Court’s review. While certain Justices have recently hinted at the possibility of addressing campus speech concerns in the near future – see, e.g., Iancu v. Brunetti (Alito, J., concurring) (noting that “[a]t a time when free speech is under attack, it is especially important for this Court to remain firm on the principle that the First Amendment does not tolerate viewpoint discrimination”) – the time for Supreme Court guidance is now.

School may be out for summer, but that doesn’t mean the high Court can keep putting off campus speech issues forever.

Nicole Ligon is the Supervising Attorney of the First Amendment Clinic at Duke Law School where she teaches both First Amendment law in a clinical setting as well as Entertainment law. While at Duke and in private practice, Ligon has represented and advocated on behalf of numerous individuals who have been discriminated against or otherwise targeted for expressing their viewpoints or opinions. She is licensed to practice law in North Carolina, New York, and New Jersey. 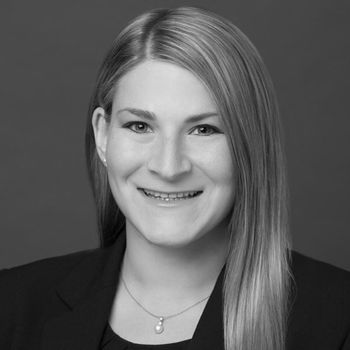