Editor's note: The views in this opinion editorial are those of the author and do not necessarily reflect those of Campus Reform or of its parent organization, the Leadership Institute. Nicole Neily is the president and founder of Speech First, a nationwide membership association that defends students’ First Amendment rights on campus.

Coronavirus has upended American higher education for the semester, if not permanently. Schools around the country have switched to online education, closing campuses (in some cases, evicting students from their dorms with very little advance warning), graduation ceremonies have been cancelled, and athletic games are being delayed seemingly indefinitely.

As the saying goes, though, the more things change the more they remain the same – and even though students aren’t physically present on campus, administrative disciplinary bodies are still working hard to impose their will on students.

In recent weeks, America’s colleges and universities have fallen over themselves condemning the use of phrases like “Chinese virus” or “Wuhan virus,” reminding students and faculty alike that, to borrow a phrase once used by Penn State University, “intolerance will not be tolerated.”

In mid-March, the University of California issued an equity and inclusion guidance document to their community, which asserted “Do not use terms such as ‘Chinese Virus’ or other terms which cast either intentional or unintentional projections of hatred toward Asian communities, and do not allow the use of these terms by others. Refer to the virus as either ‘COVID-19’ or ‘coronavirus’ in both oral and written communications.”

Certainly, this virtue signaling hasn’t been limited to the west coast; on April 2, Michigan State University’s Residence Education and Housing Services sent out an email asserting that the term “novel coronavirus” is the “correct term,” and that “no other names are acceptable.”

Encouraging certain language is one thing (although, to be fair, even “guidance” from schools like the University of California is unlikely to feel particularly voluntary, given the power that administrators have over students’ lives). But unfortunately, far too many schools have crossed over into coercion, urging students to report the speech of others to the appropriate authorities for punishment.

The University of Kentucky’s Vice President for Institutional Diversity instructed the UK community to “[s]peak up and/or report if you see, hear or read misinformation or harassment,” advising people to submit a Bias Incident Report; along the same lines, the dean from the University of Texas’ College of Liberal Arts emailed faculty, staff, and graduate students that “for those of us who work and learn at UT, please remember that harassment of any kind should be reported immediately to appropriate university authorities” – providing a hyperlink to UT’s online Report Violence, Misconduct, Harassment, or Discrimination portal. And the associate dean of diversity and inclusion at the University of Nevada-Reno’s School of Medicine advised others to “file a Bias Incident Report or call the reporting hotline” in the wake of such an event.

Invoking programs like Bias Response Teams is a naked attempt to chill speech; students self-censor to avoid the language that the school has dubbed “problematic,” rather than face the hassle of a disciplinary hearing.

As the 6th Circuit Court of Appeals noted in its September 2019 decision in Speech First v. Schlissel, “The Response Team’s ability to make referrals—i.e., to inform OSCR or the police about reported conduct—is a real consequence that objectively chills speech. The referral itself does not punish a student—the referral is not, for example, a criminal conviction or expulsion. But the referral subjects students to processes which could lead to those punishments. The referral initiates the formal investigative process, which itself is chilling even if it does not result in a finding of responsibility or criminality.”

Note that these schools haven’t actually banned phrases like “Chinese virus” ... because they can’t. As much as they may dislike or disapprove of the terminology, public universities are state actors, and they cannot discriminate based on the content or viewpoint of speech. As Justice Alito wrote in the 2017 decision for Matal v. Tam, “Speech that demeans on the basis of race, ethnicity, gender, religion, age, disability, or any other similar ground is hateful; but the proudest boast of our free speech jurisprudence is that we protect the freedom to express ‘the thought that we hate.’”

The spread of the virus is very much a subject of debate across the globe – and rightly so, given the importance of the facts (both with regards to the current pandemic, as well as the prevention of future ones). No amount of hurt feelings or perceived offense can – or should – muzzle this conversation, and for school officials to pretend otherwise is foolhardy.

Given that America’s campuses are likely to remain closed for the next several months, perhaps administrators would be well-served to use this downtime to brush up on the First Amendment. 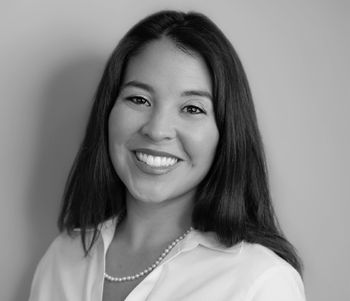 Nicole Neily is the president and founder of Speech First, a nationwide membership association that defends students' rights primarily through litigation. She has worked in public policy advocacy for over a decade, serving as president of the Franklin Center for Government & Public Integrity and as executive director of the Independent Women's Forum, among other roles. She received her bachelor of arts degree from the University of Illi...