The professor criticized the commander-in-chief for his "lies" to cadets while defending an murderous Iranian general. 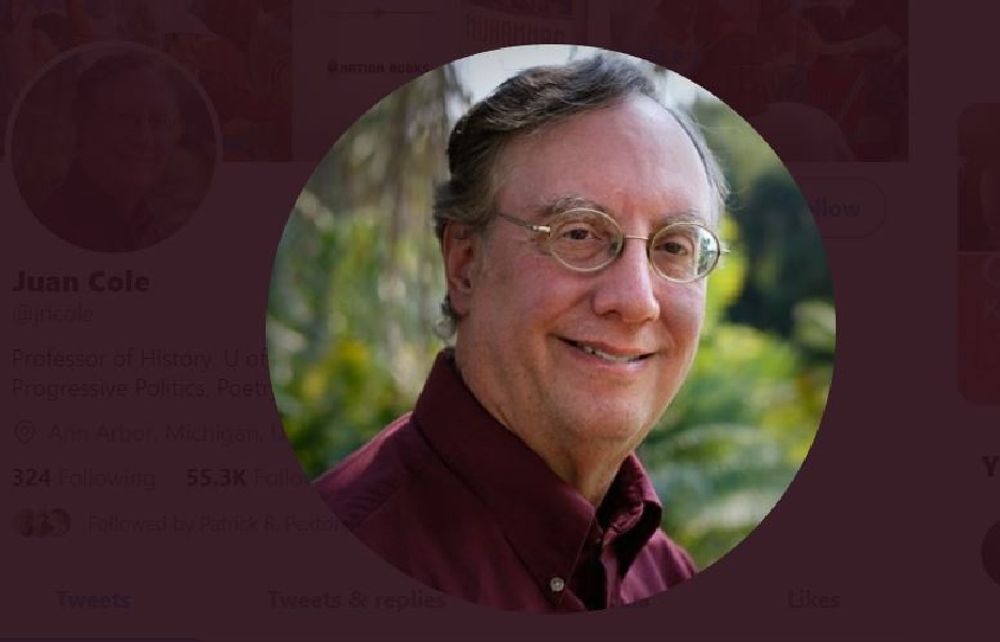 University of Michigan history professor Juan Cole wrote an op-ed in response to “all the lies and half-truths” Trump said in his weekend commencement speech at West Point Military Academy, including the assertion that the Iranian general Qasem Soleimani, who was killed in a U.S.-led strike in January 2020, was not a terrorist.

Cole, who called Trump a "mad bomber" just days after Soleimani's death, recently wrote that Trump “lied that Iranian Gen. Qasem Soleimani, whom he boasted of having whacked, was a 'terrorist.' He was not." According to Cole, Soleimani “was the head of a state military," and that affiliation, according to Coleman, disqualified Soleimani from being a "terrorist."

It was “just propaganda” for Trump to label Soleimani as a terrorist when he was a “military adversary," Coleman claimed. But the U.S. State Department has considered Iran a state terrorism sponsor since 1984, meaning that Cole's assertion that Soleimani, according to longstanding U.S. tradition, was indeed a terrorist. According to U.S. Defense Secretary Mark Esper, Soleimani “alone has the blood of hundreds of Americans — he’s wounded thousands of American coalition partners.”

The assassination of Soleimani by the U.S. military “was shameful” after having conducted “peace negotiations via the Iraqi prime minister with Saudi Arabia." Cole claims that during that same time Trump had “lied that he had been coming to kill Americans”.

Throughout the speech, Trump spoke about two generals - George Patton and Douglas MacArthur.

Cole criticizes Trump’s “infatuation” of Patton, saying of the general, "not in his drive to fight forever wars, not in his wretched treatment of the men under his command, not in his shameful abuse of traumatized, hospitalized soldiers, and not in his virulent racism, is Patton a figure to be held up to our West Point graduating class as an ideal”.

He writes that “Patton was a great war hero in fighting the Nazis" but then went on to cite Patton's “vicious anti-Semitism and penchant for blaming the Jewish victims of the Holocaust." He further claimed that Patton didn’t deserve this recognition because his accomplishments were lesser than that of the “Soviet generals on the Eastern Front."

[RELATED: UMich prof: 'We have a mad bomber in the White House']

In an interview, Northwestern University historian Daniel Immerwahr said “in the Philippine war...it seems at moments like a race war. It seems like [the American] soldiers were taking a fair amount of glee in torturing Filipinos and their meeting military setbacks with sort of exterminate them all retribution." Cole implies that based upon Immerwahr’s description, Trump was lying when he described the Americans who fought in the Philippine War as "legends who unleashed the fury of American artillery upon our enemies on remote islands and distant shores . . . the infantry whose very sight meant liberation was near."

According to Cole, “back in the 1950s a lot of military people were Democrats." Trump’s appearance at West Point’s commencement ceremony is another example of how the “officer corps has ratcheted further and further to the political right wing in the past 50 years."

Campus Reform reached out to Cole for further comment but did not receive a response in time for publication.