A recent tweet by the ASU Blaze Radio station manager, Rae Lee Klein has revealed a deep divide in the journalism community of the Walter Cronkite School of Journalism and Mass Communication.

The tweet was slammed by students for containing a link to a New York Post article that detailed the claims that led to the open arrest warrants on Jacob Blake.

An Arizona State University student radio station has voted out its station manager over an “offensive” tweet she posted.

Now, that radio station manager is speaking out.

Rae’Lee Klein is now facing intense social scrutiny after she sent a message on Twitter saying, “Always more to the story, folks. Please read this article to get the background of Jacob Blake’s warrant. You’ll be quite disgusted.” Included in the tweet was an article by the New York Post which detailed the multiple sexual assault charges against Blake, including the one that led to his police encounter.

In an interview, Klein told Campus Reform that the “backlash and turmoil” she faced stemmed from a “misinterpretation” of her words and that her intent wasn’t to justify the police shooting of Blake, but instead  “to share that information, that there is always more to the story than what we are given and it's important that people take time to look into that. And unfortunately, a lot of people in the Cronkite school, peers and staff, interpreted that as me condoning what had happened to Mr. Blake, which is not at all the case.”

Blaze Radio is a student-run AM radio station operating out of a studio at ASU’s Walter Cronkite School of Journalism.

“It's very, very sad on a multitude of levels,” said Klein. “One being the fact that I was told that as a white woman, I had no reason to be able to comment on the issue at all. I was told that as a journalist, I'm supposed to share information and seek the truth. And then as soon as I do, you know, get the most backlash in the world for and they're really trying to, you know, minimize our use of the First Amendment. “

When asked what part of her tweet people could interpret as hostile toward any person of color, she said, “No, we had a two-hour meeting last night with our station and I asked many people that and they couldn’t give me an answer other than, ‘you just don’t understand.’”

Klein also said that she found it ironic that a journalism program or radio station would try to suppress certain viewpoints.

The tweet caused a public outcry that led Blaze Radio to release its own statement condemning Klein’s tweet, and firmly voicing its support for the BLM movement, claiming, “Blaze Media is devoted to inclusive media coverage. We will always be open to criticism to grow and change how we conduct ourselves journalistically."

According to a report by AZCentral, one student studying journalism, Joycelyn Cabrera stated, “As a person of color, to see that hatred toward Black people was just absolutely appalling to me,” adding, “This is supposed to be a place where everybody has the same opportunity and everyone is looked at equally."

The head of the National Association of Black Journalists at ASU, Kierra Spottsville, furiously denounced Klein, saying, “For one of my peers to go on social media and make a post trying to diminish and take away from that movement is extremely disappointing,” adding, “There's no accountability for Rae’Lee if she didn't lose her position."

The station followed up two days later with another statement announcing that its board of directors had unanimously agreed to remove Klien from her station manager position.

“We reached this conclusion after a series of extensive discussions with one another and our Blaze Radio Members,” said the station. “The board gave Klein an opportunity to step down under her own will… In light of this, the board wants to make it clear that we do not recognize Rae’Lee Klein as the station manager of Blaze Radio."

Klein told Campus Reform that she “do[es] not intend on stepping down in any way,” calling the situation a “deadlock.”

The Cronkite School told Campus Reform that Blaze Radio “has been grappling with a controversy over the posting of a tweet by its newly appointed station manager,” but clarified that she had “not been removed from her position."

On September 6 Blaze Radio tweeted yet another statement on behalf of its alumni.

“We, the undersigned as former directors of Blaze Radio stand in solidarity with the Board of Directors. We offer our full support of their unanimous vote to remove Rae’Lee Klein from a leadership role. Klein’s tweet was the latest example of a trope long used to dehumanize and insinuate blame on the victims of police violence. Since her tweet, Klein has prioritized maintaining her position as Station Manager over the well being of Blaze Radio.”

“Blaze Radio alumni believe that Black Lives Matter,” the statement continued, before asserting that “as long as Klein holds her post, students of color will not feel welcome in Blaze Radio,” and calling on the dean to forcibly remove her from her role.

When asked if she was still in charge after this statement Klein stated, “Yes I still have the position. No intent of stepping down." 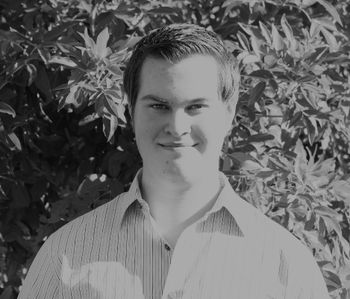