This is what happens when a university prosecutes an alleged rape

If you were charged with a heinous sex crime, you would assume that the investigation of the allegation would be impartial and fair. Indeed, the Department of Education’s Office for Civil Rights Revised Sexual Harassment Guidance mandates that universities undertake “adequate, reliable, and impartial investigation of complaints.” Likewise, the OCR’s 2011 Dear Colleague Letter on campus violence instructed that, “a school’s investigation and hearing processes cannot be equitable unless they are impartial.”

But what if it turned out colleges were ignoring the OCR’s impartiality requirement, and instead training investigators to adhere to “victim-centered” approaches, which in practice means “always believe the victim”?

In early 2012, two University of Montana students engaged in a sexual liaison in the female student’s off-campus housing. Afterwards, the woman, referred to in the subsequent lawsuit as “Ms. Smith”, drove the male student, “John Doe,” to his home. (The information in this article draws from a compilation created by the Montana NBC affiliate; the page numbers in parenthesis, below, indicate the location in the document of the referenced event.)

Smith later came to believe she was a victim of rape, and she spoke to Dean of Students Charles Couture. Even though the university’s Student Conduct Code promises that university investigators were honor-bound to reach “an impartial judgement” of allegations of misconduct (p. 49), the woman afterwards texted a friend announcing that the university investigator “said he would do everything in his power to convict him bcuz he is on my side :)” (p. 122).

Shortly afterwards, Couture sent a letter to the male student, informing him of the impending investigation. The letter warned, “Also, this is a highly confidential matter, and you are prohibited from discussing your alleged misconduct with other people. Failure to comply with these directives would result in your immediate dismissal from the University” (p. 28).

The student quickly procured the services of attorney David Paoli, who responded, “Such a severe sanction is oppressive to Mr. Doe and wholly unreasonable given that Doe is only asking this Court to ensure a fair and impartial process before the University and the University follow its Code” (p. 23).

Couture’s first meeting with the accused student and his attorney took place on February 24. The investigator began the interview by bluntly asking, “Did you rape [name of accuser]?” (p. 64). Throughout the meeting, the investigator conveyed an antagonistic attitude, repeatedly referring to the woman as a “victim,” not “complainant.” Couture refused to allow the attorney to view or make copies of the accuser’s statements, so the attorney was forced to take hurried notes. When Paoli asked Couture to re-read certain statements to assure the accuracy of his transcription, Couture ordered the attorney to “shut up” (p. 65).

At the second meeting on March 9, the tenor of the conversation again turned hostile. Couture admitted that he was “leaning toward expulsion,” even before the investigation had been concluded (p. 33). Paoli was informed that character reference letters were deemed “irrelevant” and submission of exculpatory emails “ridiculous” (p. 55). At one point, Paoli was threatened by university officials that he should “get off the track before I was run over by the oncoming train” (p. 70).

After repeated requests, university officials agreed to provide copies of investigatory file, but only on the condition that Paoli agree to not interview any more witnesses. When the file was eventually provided, it was discovered that certain key documents had not been included.

On March 27, Dean of Students Couture, now acting as the case adjudicator, sent a Letter of Findings to Doe that concluded, “I have found a preponderance of evidence to support the allegation that you raped a fellow student, Ms. [redacted]” and ordering his “Immediate expulsion from The University of Montana.” The letter cited the following evidence to justify his expulsion (p. 103):

2.Your previous misconduct in your University residence hall

4.Your assertion the television in the main room of the victim's home was playing at normal volume; as you know, two witnesses have testified otherwise

5.Your assertion that the victim reentered her bedroom after she had exited; as you know, two witnesses have testified otherwise

6.The complete and immediate cessation of your friendship with the victim following the night of the rape

7.Your failure to attempt to retrieve your watch that you forgot at the victim's house, despite your assertion that watch had been a present to you from [REDACTED]

By any reasonable assessment, this fact pattern cannot be considered to be indicative of nonconsensual sexual misconduct.

On May 8, David Paoli filed a lawsuit against the University of Montana charging that Couture “has abandoned any pretense of impartiality” and seeking an injunction against Couture’s continued involvement in the case.

“Indeed, from a normative perspective, the process applied to Plaintiff Doe and the behavior of University officials in investigating and prosecuting this matter offends the Court's sense of fundamental fairness and appears to fall short of the minimal moral obligation of any tribunal to respect the rights and dignity of the accused.” (p. 208).

The federal definition of Witness Tampering includes “knowingly us[ing] intimidation, threaten[ing], or corruptly persuad[ing] another person…or engag[ing] in misleading conduct toward another person,” in order to “influence, delay, or prevent the testimony of any person in an official proceeding,” or to “cause or induce any person to withhold testimony, or withhold a record, document, or other object, from an official proceeding.”

Additionally, the definition includes corruptly attempting to conceal records and documents “with the intent to impair the object’s integrity or availability for use in an official proceeding,” and otherwise “otherwise obstruct[ing], influence[ing], or imped[ing] any official proceeding, or attempts to do so.”

In light of this definition, consider investigator Couture’s actions: his use of bullying tactics; his refusal to provide a copy of the accuser’s statements; his refusal to accept exculpatory evidence; and his repeated efforts to obstruct, influence, and impede the university’s proceeding. 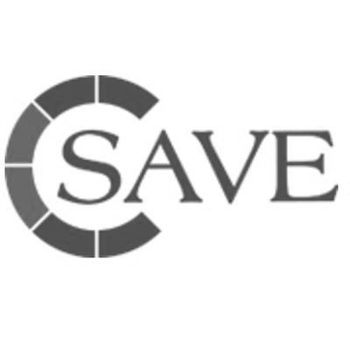